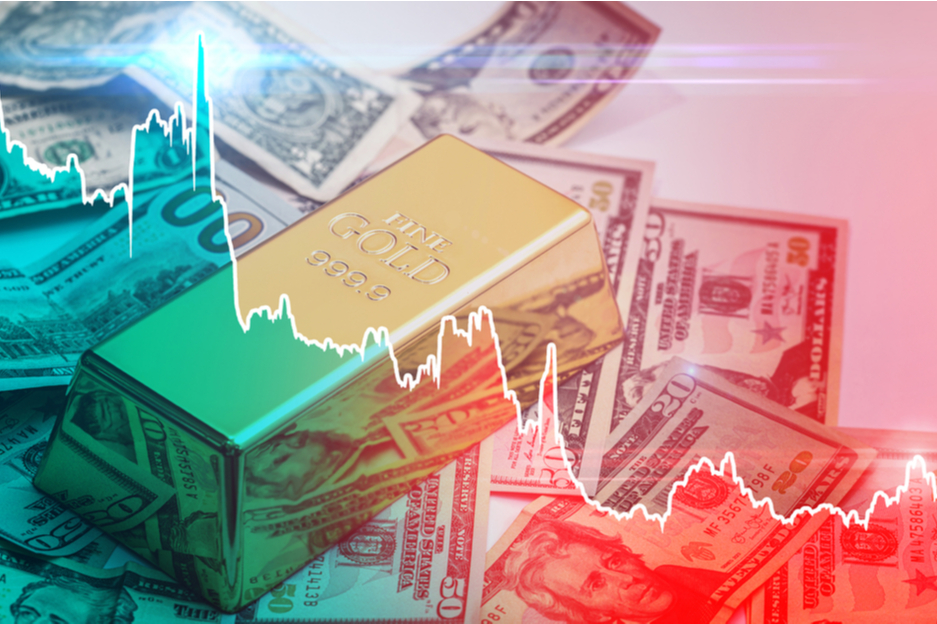 Gold price jumped to $1,927 per ounce early on Monday, breaking through the $1916 per ounce resistance but failed to come close to last week’s $1,974 per ounce level. Gold price was boosted by the escalation of the crisis between Russia and Ukraine, as well as by the announcement of sanctions against Russia. Severe sanctions against Russia, culminating in the exclusion of Russian banks from the SWIFT system, have triggered fears of a global economic crisis. The price of gold retreated later on Monday, as markets had time to absorb the latest developments, but continued testing the $1916 per ounce resistance level. If the price of gold decreases, support may be found at 1,782 per ounce.

Sanctions against Russia are likely to have a heavy impact not only on the Russian economy but on the global economy as well and especially on the Eurozone, which relies on Russia for key imports. The price of oil and other key commodities such as corn and wheat is already climbing and prices are expected to climb further as the crisis unfolds, contributing to rising inflation rates in the Eurozone. The price of gold benefits from rising inflation, since it is often used as an inflation hedge.

The effect of rising inflation on gold may be temporary though, as soaring inflation rates may push major Central Banks towards a more hawkish policy. The Fed, the ECB, and the BOE are expected to tighten their monetary policies in the following weeks to months, boosting the value of real yields and putting pressure on the price of gold.

Talks between Russian and Ukrainian delegations started early on Monday in Belarus and have checked the ascend of the gold price as a diplomatic solution to the crisis might yet be found. The delegations included high-ranking officials but not the Presidents of either country, with Ukrainian President Volodymyr Zelenskyy stating that the next 24 hours would be crucial.