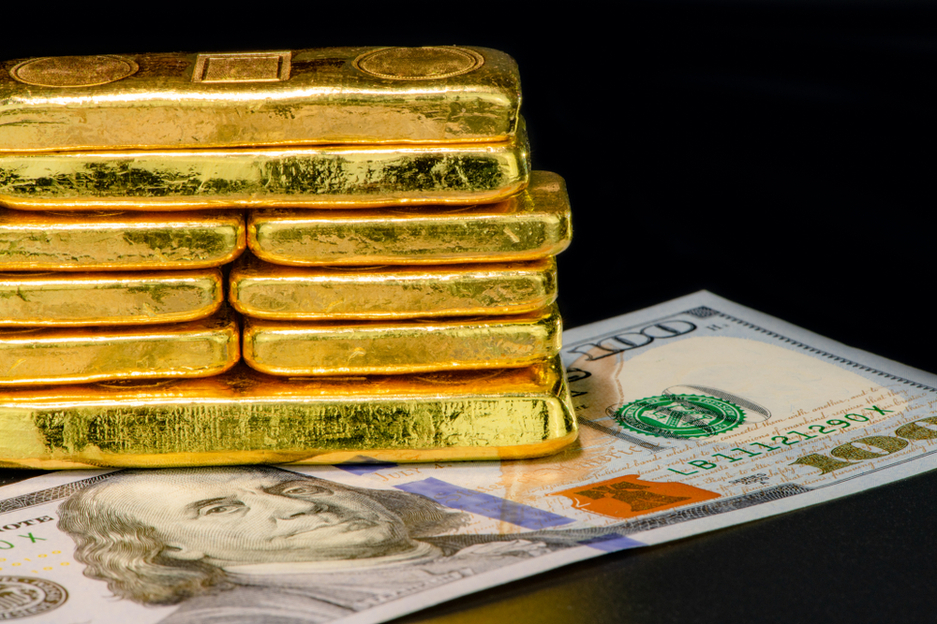 Gold price declined on Thursday, retreating to $1,960 per ounce early in the day and climbing slowly to $1,970 per ounce later. If the price of gold decreases, support may be found near $1,893 per ounce and further down at 1,877 per ounce, while resistance may be found at around $2,000 per ounce.

The price of gold has been driven by conflicting market forces over the past weeks. On one hand, gold is supported by intensifying tensions between Russia and Ukraine, as well as by new western sanctions on Russia. On the other hand, the gold price is undermined by increasingly hawkish Fed policy, which boosts the dollar and real yields.

The gold price has been weighed down by the rising dollar and strong US yields. On Thursday, the dollar climbed after a dovish ECB statement caused the Euro to retreat. The dollar has also been supported by increasingly hawkish Fed rhetoric, with FOMC member Mester appearing to be in favor of a 50 base point rate hike on Thursday.

US treasury yields were also boosted on Thursday, with the 10-year treasury yields climbing above 2.8%. Real yields compete directly with gold, which is a non-interest-bearing asset, and their rise puts pressure on the price of gold.

Gold’s safe-haven status supports its price, as reports of violent Russian attacks against Ukraine and new sanctions on Russia drive investors away from riskier assets. On Wednesday, hopes for a resolution of the crisis between Russia and Ukraine were diminished, as Russian President Vladimir Putin announced that diplomatic talks with Ukraine are at a dead end. The conflict in Ukraine has triggered a risk-aversion sentiment, propelling the price of gold to $2,050 per ounce last month.

Sanctions against Russia have been driving commodities up, especially energy-related commodities, contributing to rising inflation. The price of gold benefits from rising inflation, since it is often used as an inflation hedge. The US announced new sanctions last week, targeting Russia’s largest financial institutions to increase economic pressure on Russia. The EU also announced a new round of sanctions targeting Russian banks, and oligarchs and even banned coal imports with an estimated total worth of €4bn a year.

Concerns about the state of the economy in China, after the fresh rise of Covid cases and the lockdown in Shanghai, have also been boosting the price of gold.