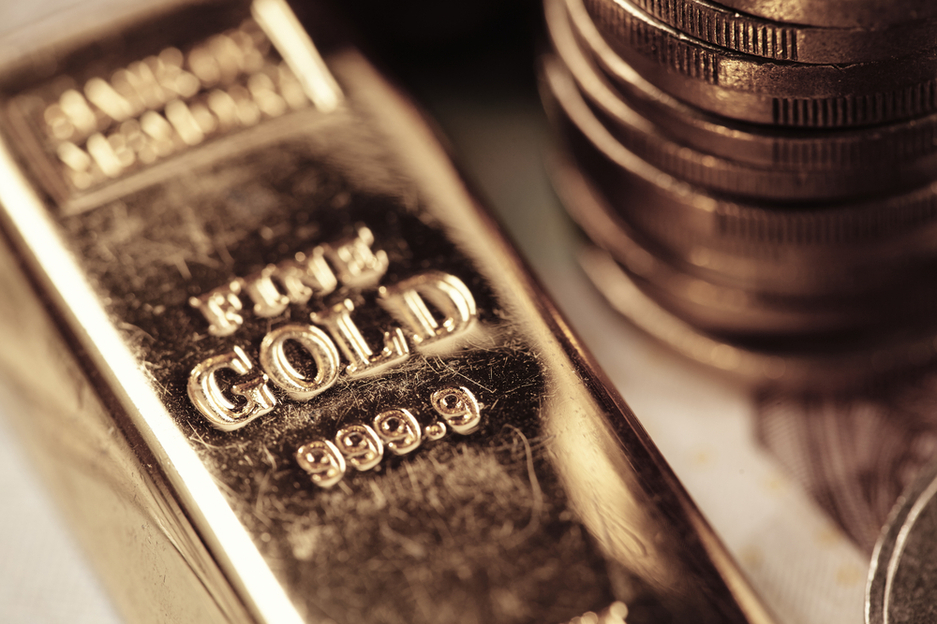 Safe-haven assets, such as gold, were boosted over the past weeks, over fears of a Russian attack against Ukraine. The price of gold has been exhibiting high volatility the past few days, spurred by the Ukrainian crisis rollercoaster. Mounting geopolitical tensions also send inflation rates up, as the value of certain commodities, and especially of energy-related assets, increases. The price of gold benefits from rising inflation, since the metal is often used as an inflation hedge.

Last Friday, US President Joe Biden issued a final warning to the Kremlin of extraordinary and crippling economic sanctions against Russia in the event of an attack against Ukraine. Ceasefire violations and shelling have been reported the past few days near the eastern Ukrainian borders, with each side accusing the other of the incidents. During the weekend, French President Emmanuel Macron took a leading role in diplomatic negotiations, opening a dialogue with his Russian counterpart, Vladimir Putin.

On Monday morning, hopes of a peaceful resolution to the crisis in Ukraine were revived, amidst reports of a possible peace summit between Russia and the US, brokered by French President Emmanuel Macron. The White House announced that US President Joe Biden has agreed ‘in principle’ to a meeting with his Russian counterpart Vladimir Putin, as long as Russia does not invade Ukraine. Risk appetite grew following the announcement of a possible meeting between the Russian and US presidents, dampening the appeal of gold and pushing the price of gold down.

Hopes for a diplomatic resolution to the issue were diminished later on Monday though, as Vladimir Putin signed a decree recognizing the independence of the two separatist regions Donetsk and Luhansk in eastern Ukraine. Immediately afterward, he ordered Russian troops in these regions, in a ‘peacekeeping’ mission as he stated, effectively declaring war on Ukraine. The EU and the US have condemned the Russian President’s actions and are prepared to enforce economic sanctions on Russia. Safe-haven assets, such as gold, are expected to benefit from these recent developments as risk appetite diminishes and demand for safer assets grows.

The gold price peaked above $1,900 per ounce last Thursday, its highest level since June 2021, as tensions in Ukraine were re-ignited and demand for safe-haven assets grew. Gold price traded sideways on Monday, around the $1,896 per ounce level, but was catapulted to $1,914 per ounce following Putin’s announcement. If the price of gold continues to rise, it may find resistance near its June 2021 high at $1,917 per ounce, while if it decreases, support may be found at 1,782 per ounce.

This week, the Russia - Ukraine crisis is expected to strongly influence the gold price. Economic and inflation indicators scheduled to be released in the US, and especially the US PCE inflation indicators, may also affect the price of gold, as the Fed’s much-anticipated meeting in March is drawing near.