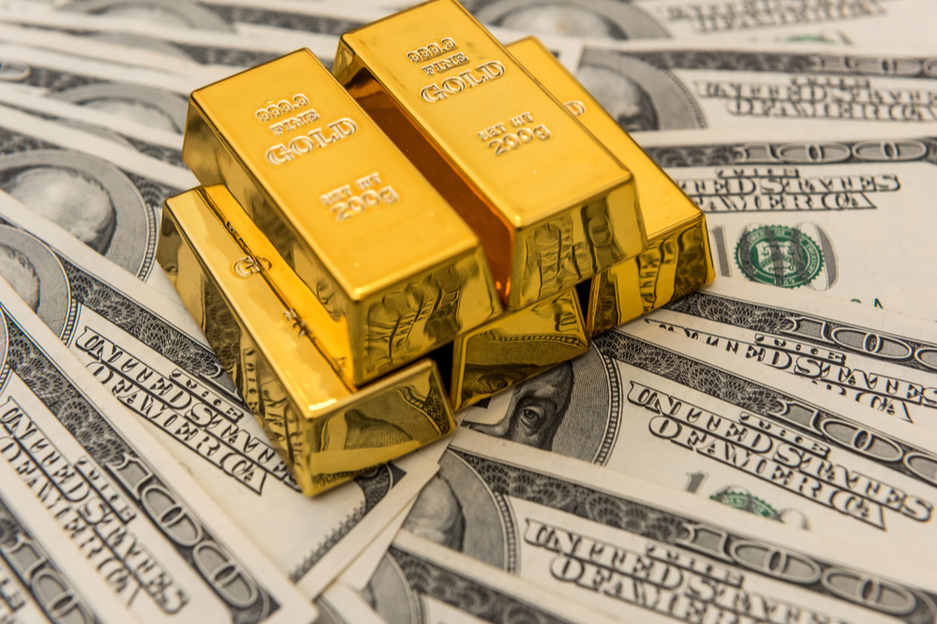 The price of gold is balanced between conflicting market forces, supported by risk aversion sentiment but pushed down by high dollar and real yields.

As the dollar and US bond yields rise, competing assets, such as gold, become less appealing as an investment. The dollar index climbed above 105.4 on Tuesday, ahead of Wednesday’s Fed monetary policy meeting. This marks its highest price yet this year and represents an impressive 20-year high. Bond yields also rose, with the US 10-year treasury note yielding firmly above 3.4% on Tuesday, a level that hadn’t been reached since 2011. Real yields compete directly with gold, which is a non-interest-bearing asset, and their rise puts pressure on the price of gold.

Increased risk aversion sentiment due to the war in Ukraine has boosted gold prices over the past few months. As however, the crisis drags on, and risk sentiment is slowly returning to markets, undermining gold price. Rising geopolitical tensions work in favor of safe-haven assets, increasing the dollar’s appeal as an investment. Gold is also considered a safe-haven asset, but the dollar has been outperforming its rivals.

Stalling global economic growth also gives rise to fears of recession, further supporting the price of gold. Concerns about the state of the economy in China, after the extensive Covid lockdowns in Shanghai and other cities, also boost the gold prices.

High inflation rates are also known to support the price of gold, which is often used as an inflation hedge, and with global inflationary pressures increasing, the gold price is boosted. US consumer inflation data released on Friday reached record highs, boosting the price of gold. CPI in May increased by 8.6% on an annual basis, the largest year-on-year increase since 1981 according to the US Labour Department. Rising costs of food and energy have contributed to soaring inflation rates in the US. Core CPI data, which exclude food and energy were also higher than expected, reaching 6% year on year. High inflation, however, is a two-edged sword for the price of gold, as it increases the chances of Central Banks raising their interest rates, which reduces the appeal of gold.

This week, the gold price will be influenced mainly by the outcome of the Fed and the BOE monetary policy meetings on Wednesday and Thursday respectively. In case the Fed adopts a more hawkish than expected stance, the dollar price will likely rise, pushing the gold price further down. As however, a steep Fed rate hike has already been priced in by markets, and a more dovish outcome may see the dollar fall and gold price bounce back.