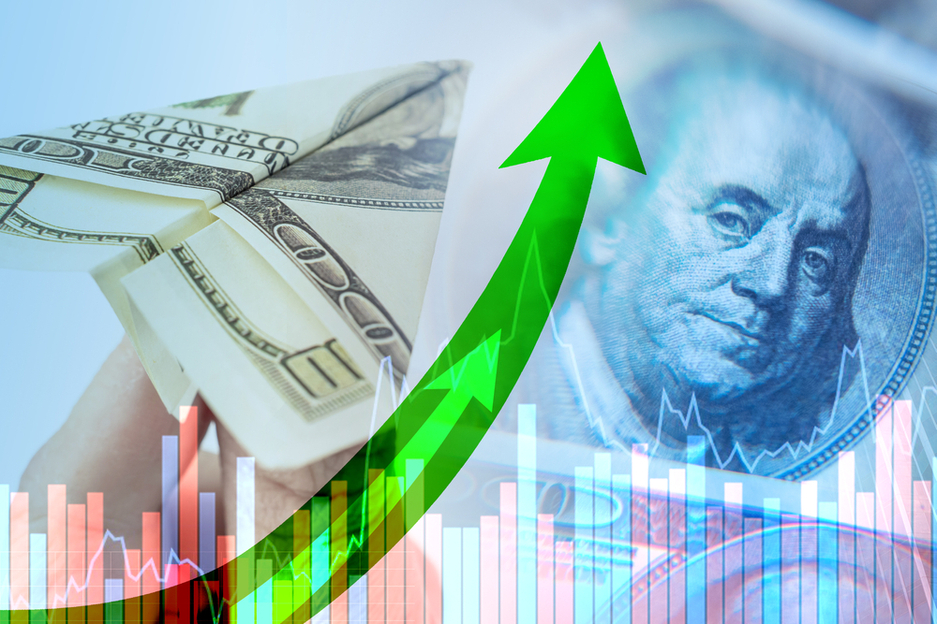 The dollar climbed even higher on Thursday, touching new 20-year highs, as the dollar index reached 110. US Treasury yields climbed across the curve with the 2-year note reaching a 15-year high of 3.5% and the 10-year treasury note climbing above 3.2%, boosted by increased Fed rate hike expectations.

Several indicators of financial health and employment were released on Thursday, such as US Unemployment claims. These were mixed overall, with unemployment claims falling below expectations but Unit Labor Costs coming down from last month’s values. ISM Manufacturing data were also released on Thursday, which is a leading indicator of economic health and this week’s data exceeded expectations, boosting the dollar.

Fed rhetoric remained firmly hawkish this week though, indicating that the Fed is committed to increase interest rates until inflation has been brought under control. FOMC member Loretta Mester stated on Wednesday that she sees the Fed benchmark interest rate rising to 4% and no rate cuts through 2023. Markets are pricing in a significant Fed rate hike for September, as market odds are leaning towards a 75-bp rate hike.

Fed Chair Jerome Powell’s speech at the Jackson Hole symposium last week was aggressively hawkish, pointing out that inflation remains at 40-year highs and is a long way from the US Central Bank’s target of 2%.

Important employment indicators are due to be released on Friday, such as Average Hourly Earnings, Non-Farm Employment Change, and Unemployment Rate.

The Euro plummeted on Thursday, after rising on Wednesday, on high Eurozone inflation data. EUR/USD fell below the 1.000 parity level to 0.993. EUR/USD is expected to continue testing the parity support level during the week. If the currency pair goes up, it may encounter resistance at 1.019 and further up at 1.036. The parity level is strong psychological support, which is not easy to overcome.

On Thursday, the dollar index rose to the 110 level for the first time since June 2022, pushing down competing currencies, such as the Euro.

Several economic activity indicators were released on Thursday for the Eurozone, including Spanish, Italian, French, and German Manufacturing PMI, and EU Manufacturing PMI. Overall, these exceeded expectations, showing that the Eurozone economy is moving in a positive direction and boosting the Euro a little.

On Wednesday, Eurozone headline CPI jumped to 9.1% on an annual basis in August, the highest on record, while Core CPI rose to 4.3% from 4.1% last month.

Inflation in the EU is expected to rise even further in the following months, possibly reaching double digits, driven by the high cost of energy in the Eurozone. Increased price pressures are forcing the ECB to take swift action to tackle inflation. Rising Eurozone inflation is expected to figure largely in determining the future ECB monetary policy.

Reports of a steep rate hike of 75 bps in September are boosting the Euro. Last week, ECB members’ speeches at the Jackson Hole Symposium were more hawkish than anticipated, fuelling expectations of a shift towards a tighter monetary policy.

In its latest policy meeting, the ECB raised its interest rate by 50 base points, bringing its benchmark interest rate from -0.50% to 0%. The ECB’s interest rate remains low, especially compared to the Fed’s 2.50% interest rate. The economic outlook in the EU remains poor, however, limiting the ECB’s ability to raise interest rates.

EU Economic activity indicators, such as German Trade Balance, French Government Budget Balance, Spanish Unemployment Change, and Eurozone monthly PPI are due to be released on Friday and may affect the Euro.

The British Pound fell against the dollar on Thursday and GBP/USD declined, falling to the 1.152 level. If the GBP/USD rate goes up, it may encounter resistance near the 1.190 level, while if it declines, support may be found near 1.140. The dollar has been propped up by rising expectations of a steep rate hike in September, driving competing currencies down.

British Final Manufacturing PMI data released on Thursday climbed to 47.3 exceeding expectations and were higher than last month’s 46.0, indicating that economic activity in the UK is increasing.

The latest UK GDP data have shown that the British economy is contracting, confirming the BOE’s forecast of reduced economic growth. The BOE has warned that recession is expected to hit the UK in the fourth quarter of this year, and is forecasted to last for five quarters, until the end of 2024, with GDP falling to 2.1%. Predictably, UK consumer confidence last week remained at historic lows.

Britain’s grim economic outlook is preventing a more hawkish fiscal policy and is hampering the BOE’s attempts to bring inflation down. UK inflation reached double digits in July, with CPI climbing to 10.1% on an annual basis. Soaring energy and food prices put pressure on British households.

Political instability after British PM Boris Johnson’s resignation is also keeping the Sterling down, as the Tory Leadership race continues. Political developments are likely to influence the currency, as members of the Conservative Party are due to select a new British prime minister on September 5th.

The Yen crashed on Thursday, weakened by the rising dollar. The USD/JPY rate climbed above the resistance representing the yearly high of 139.39, reaching above 140.00. If the USD/JPY pair falls, support might be found at 134.2. If the pair climbs, it may find further resistance at the 1998 high of 147.7.

The dollar rose to fresh 20-year highs on Thursday, pushing competing currencies, such as the Yen, down. Risk sentiment has soured on increased Fed rate hike expectations in the past couple of weeks. US Fed officials are displaying an aggressively hawkish stance, increasing the odds of a steep rate hike in September.

Several minor economic indicators were released on Thursday for Japan, such as Capital Spending and Final Manufacturing PMI. These were higher than expected and increased compared to last month’s values, indicating that the economic outlook is improving in Japan. Encouraging data for the economy in Japan this week, provided some support for the plummeting Yen.