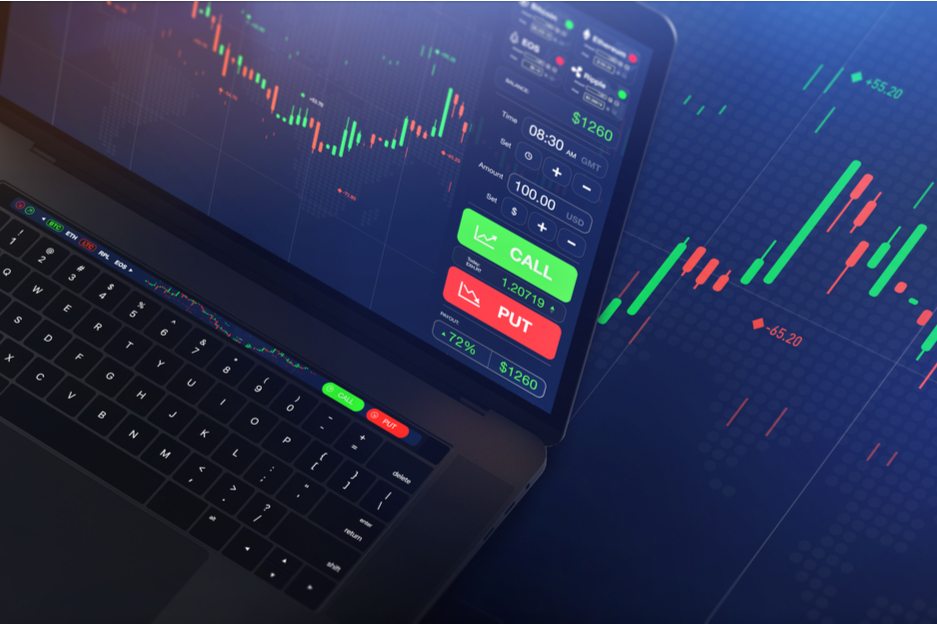 Tuesday started off with very low volatility in most currency pairs. Markets were poised to react to the scheduled speeches from FOMC members and especially from Fed Chair Jerome Powel in the evening. In the past few months, the decisions of the US Central Bank have played a crucial role in the direction of most assets, and traders hesitate to open new positions before scheduled announcements from Fed members. Jerome Powel was scheduled to testify on Tuesday before the Senate Banking Committee on the subject of his renomination as the head of Fed. The Fed Chair’s speech confirmed the US Central Bank’s plans to raise interest rates in order to combat rising inflation rates. The Fed’s hawkish stance was expected by investors though and was largely priced in by the markets.

Tuesday was a turbulent day for the Fed, with vice-president Richard Clarida resigning after a trading scandal, only days before his fourth-year term was set to expire, marking the third resignation of a senior Fed official over a trading scandal in recent months.

The USD was rather low on Tuesday morning, with the dollar index going down to 95.77, but regained strength during the day, climbing to almost 96. The dollar was solid on Tuesday ahead of Powel’s testimony. Powel’s speech and the following question and answer section did not contain many surprises for investors. Even though the Fed chair’s speech was hawkish and referred to the Central Bank’s efforts to combat inflation, future rate hikes had already been priced-in and the dollar index fell as low as 95.65 after his speech.

Important US indicators that are scheduled to be released today are: Monthly Consumer Price Index and Core CPI, Crude Oil Inventories, 10-y Bond Auction. The CPI data, in particular, are anxiously awaited by traders since these are indicators of overall inflation in the US and are of great importance, especially in light of Powel’s testimony on Tuesday, which set great store on adjusting the Fed’s monetary policy to target inflation.

Head of ECB Christine Lagarde gave an address on Tuesday at a virtual ceremony, marking the change of office of the President of the Bundesbank. Her speech however did not hold any surprises and had very little impact on the EURUSD rate, which remained fairly steady near the 1.134 level on Tuesday morning, ahead of Powel’s testimony. The USD fell slightly following Jerome Powel’s testimony and the EUR/USD rate climbed up to 1.137. The currency rate continues to climb and may test its 1.387 resistance, while support can be found at the 1.272 level.

Like most currencies, GBP had a slow day early on Tuesday and the GBP/USD pair continued its uptrend ahead of Powel’s testimony. Following the Fed Chair’s speech, the USD fell and the GBPUSD rate climbed even further, breaking its 1.36 resistance. It is currently trading just above the 1.36 resistance level and the outlook for the pair is bullish.

Today the GBP/USD is expected to continue its uptrend, testing its 1.36 resistance. If the GBP/USD price falls, there is support at the 1.343 level.

An important scheduled announcement for the GBP today is the National Institute of Economic and Social Research (NIESR), Gross Domestic Product (GDP) estimate, which is an indicator of the British economy.  A key event for GBP/USD traders today is the announcement of the US Monthly CPI and Core CPI data, which are expected to affect the dollar strongly.

USDJPY moved in an uptrend on Tuesday morning. While other currencies were relatively stable ahead of Powel’s testimony, the JPY lost most of the ground it had gained on Monday and the USD/JPY broke through the 115.5 resistance level. As the Bank of Japan continues its dovish policy, which brings the Yen to a disadvantage against other major currencies, some analysts predict that it will fall to a 50-year low against the currencies of Japan’s most important trading partners.

The USD slipped on Tuesday following Fed Chair Powel’s testimony, bringing the USD/JPY rate back below the 115.5 level. Today this resistance is expected to be tested again as investors await the release of inflation indicators in the US. If the pair resumes its upward trend, the 116 level will present another, while if the USD/JPY rate continues to decline, it will find support at the 114.95 level.