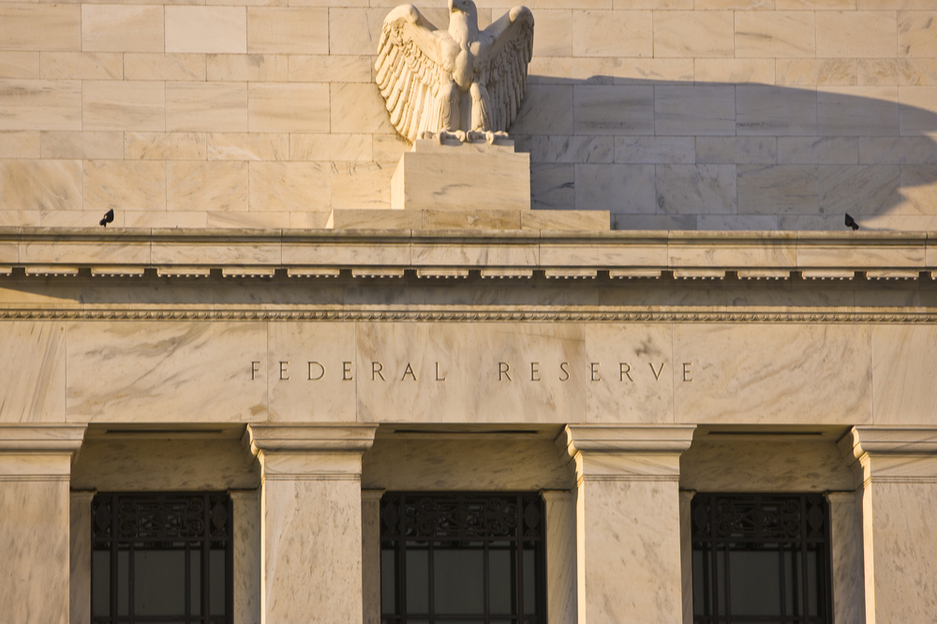 How the war in Ukraine affects markets

War continues raging in Ukraine, with heavy casualties including civilians and children. Millions of refugees are fleeing Ukraine, creating an additional issue for the EU, which has vowed to accept all refugees entering its borders from Ukraine.

Diplomatic talks between Russia and Ukraine this week, have sparked hopes of a de-escalation of the conflict, although Russian attacks continue. Negotiations continued through Wednesday and have entered a more serious phase, as both sides seem to feel there is room for compromise and for finding a middle ground.

The US has banned all oil and gas imports from Russia, with oil prices skyrocketing to over $130 per barrel last week. The US, however, is not highly dependent on Russian oil, importing only a small percentage of its crude oil from Russia. The UK has similarly vowed to phase out its dependency on Russian oil and major British oil companies are already boycotting Russian oil.

The EU has not yet imposed direct bans on Russian oil and gas imports, even after being pressured to do so by western allies. The EU relies heavily on Russian energy-related imports, with almost 30% of the crude oil, 47% of its coal, and over 40% percent of its gas imports coming from Russia. The EU is trying to scale back its dependency on Russian imports and has imposed new sanctions on Russian oligarchs and has further excluded certain banks from Russia’s ally, Belarus, from the SWIFT system.

The ECB, the Fed, and other major Central Banks are already trying to strike a balance between soaring inflation rates and economic woes since the onset of the pandemic, and the war in Ukraine is complicating matters further. Sanctions against Russia are driving the price of key commodities up, especially energy-related commodities, further increasing inflation.

Other commodities, such as wheat and metals reached record highs last week, driving inflation up. Russia and Ukraine account for about 29% of global wheat exports, 19% of corn exports, and 80% of sunflower oil exports, and the prices of these commodities are soaring. Aluminum hit a record high of $3,450 per ton on the London Metal Exchange and three-month nickel jumped to a record high above $100,000 a metric ton, with the London Metal Exchange suspending temporarily its trade. Gold jumped above $2,050 per ounce last week, its highest price since the peak of the pandemic in August 2020. The price of other metals, such as copper, palladium, and platinum also spiked during the week.

Stock markets have been plummeting amid a rapid increase in the price of commodities and concerns about further military escalations. Fears that sanctions against Russia would have a severe impact on the global economy have been pushing markets down. The Rouble has plummeted to historic lows, while the Russian Stock Exchange remains closed. On Sunday, the Russian finance minister stated that Russia would make its sovereign debt payments in roubles rather than dollars. With a $117mn debt payment due on Wednesday, this might lead to the nation’s first default since 1998, since Russia’s bond contracts do not have the option of payment in roubles.

In a highly-anticipated meeting on Wednesday, the Federal Reserve raised its benchmark interest rate by 25 base points, bringing its interest rate to 0.50%. In the ensuing press conference, Federal Reserve Chairman Jerome Powell signaled that the Fed’s interest rates could reach nearly 2% by the end of the year, pointing to six rate hikes within the year. The US Central bank is attempting to bring down inflation that has been rising at the fastest rate in 40 years. Fed officials have also raised inflation forecasts for 2022 to 4.3%, in a move that has been interpreted as more hawkish than anticipated. The 25-base point rate hike though was widely expected and had already been priced in by markets.

The dollar index remained steady early on Wednesday, moving below the 99 levels. Diplomatic negotiations between Russia and Ukraine continue and hopes of a de-escalation of the crisis have been driving the dollar down. The dollar is considered a safe-haven currency and rises when a risk-aversion sentiment prevails, as investors turn towards safer assets. The dollar index spiked to 99 following the Fed’s announcement but retreated below 98.40 afterward.

Treasury yields rose across the US treasury chest this week, in expectations that the Fed would tighten its monetary policy in its next meeting later in the week. The 10-year US Treasury yield especially rose above 2.2% on Wednesday, its highest level since 2019.

Several financial and employment US indicators are scheduled to be released on Thursday, including Philly Fed Manufacturing Index, Unemployment Claims, Monthly Industrial Production. These might cause some volatility for the currency, as investors will have time to digest Wednesday’s Fed rate hike announcements.

The EUR/USD rate remained steady early on Wednesday, trading near the 1.097 level, as markets were slow in anticipation of the Fed meeting. High volatility followed the Fed’s rate hike announcement, with EUR/USD retreating to 1.094 and then climbing above 1.104, as the dollar dipped. If the currency pair goes up, it may encounter resistance at 1.148 and further up at 1.169, while if it declines, support may be found at the 1.063 level.

ECB President Christine Lagarde is due to deliver a speech at an event hosted by the Institute for Monetary and Financial Stability in Frankfurt on Thursday morning. Lagarde’s speech might cause some volatility for the Euro, following last week’s shift in the ECB’s monetary policy. Last week, the ECB announced its decision to wind down its bond-purchasing program sooner than expected, placing the end of the bond-buying program at the third quarter of 2022, if financial conditions in the Eurozone allow it. The ECB is trying to avert a dangerous economic effect known as stagflation, the mix of economic stagnation and high inflation rates. Europe’s finance ministers agreed to the ECB’s decision to end the quantitative easing measures at the ECOFIN Meetings on Tuesday.

In addition, last week, the European Central Bank announced that it does not plan to raise its benchmark interest rate before the end of its bond-buying program in the third quarter of 2022. Many market analysts predict that the ECB will raise its interest rate by at least 30 base points in Q4 of 2022, although so far, the ECB has been reluctant to move towards a rate hike. As the Fed has already raised its benchmark interest rate and the BOE is expected to follow with a rate hike on Thursday, the Euro remains at a disadvantage from the difference in interest rates.

The EUR/USD rate is expected to experience some volatility on Thursday, as markets absorb the news of the Fed rate hike and the crisis in Ukraine continues.

The sterling gained strength against the dollar early on Wednesday, boosted by Russia-Ukraine peace talks. After the announcement of the Fed rate hike, the pound gained even more strength against the dollar, with the GBP/USD rate climbing to 1.315, as the dollar sank. Expectations of a BOE rate hike are bolstering the sterling, especially after the increase in the Fed’s benchmark interest rate. UK employment data released on Tuesday were also positive, showing an improvement in the jobs sector and a return to pre-pandemic levels, further increasing the chances of a BOE rate hike.

The Official BOE interest rate is going to be announced on Thursday, just a day after the Fed’s interest rate announcement. The Bank of England is expected to raise its benchmark interest rate on Thursday by at least 25 base points, after already performing two consecutive rate hikes in its previous meetings. Markets have already priced in approximately six BOE rate hikes this year, but a steeper rate hike is considered a possibility and would give the pound a boost.

The GBP/USD rate climbed after the announcement of the Fed rate hike to above 1.315. If the GBP/USD rate goes up again, there may be resistance at the 1.364 level, while if it declines, further support may be found near the 1.284 level.

The sterling has been under pressure since the war between Russia and Ukraine broke out and investors turned towards safer assets. Rising commodity prices and soaring inflation rates in the UK are competing against an economy that is still sluggish in the wake of the pandemic. The Bank of England has already signaled a shift to a more hawkish policy and a return to pre-pandemic interest rates this year in an attempt to tackle inflation.

The GBP/USD rate is expected to be especially volatile on Thursday driven by the effect of the Fed rate hike, as well as by the announcement of the BOE’s benchmark interest rate.

USD/JPY exhibited low volatility early on Wednesday, but rose after the Fed rate announcement, as the dollar retreated, testing the 118.5 level resistance. If the USD/JPY declines, support might be found at 114.8 and further down at 113.4.

The Yen is considered a safe-haven currency and most safe-haven assets were boosted considerably since the war in Ukraine broke out. The Yen however has not picked up pace as much as other safe-haven assets, as the BOJ’s fiscal policy is keeping the Yen down. Low inflation rates in Japan and a weakening economy are steering the BOJ towards maintaining its dovish monetary policy. Inflation in Japan is far below the BOJ’s 2% goal, although as prices of imported goods and energy continue to increase, inflation may rise, while overall economic health declines.

The Bank of Japan is holding its monetary policy meeting this week, on March 18th. The BOJ’s meeting is going to follow the Fed and BOE meetings. The Fed has already increased its benchmark interest rates in line with expectations and the BOE is expected to follow suit. The BOJ however, seems set to maintain its ultra-accommodating monetary policy, and a rate hike is not expected. The difference in interest rates with other major Central Banks puts the Yen at a disadvantage and, if the BOJ continues its dovish policy, it may drive the Yen further down.

The USD/JPY rate on Thursday is expected to remain volatile, as markets absorb the effect of the Fed rate hike and await the BOE’s interest rate announcement.