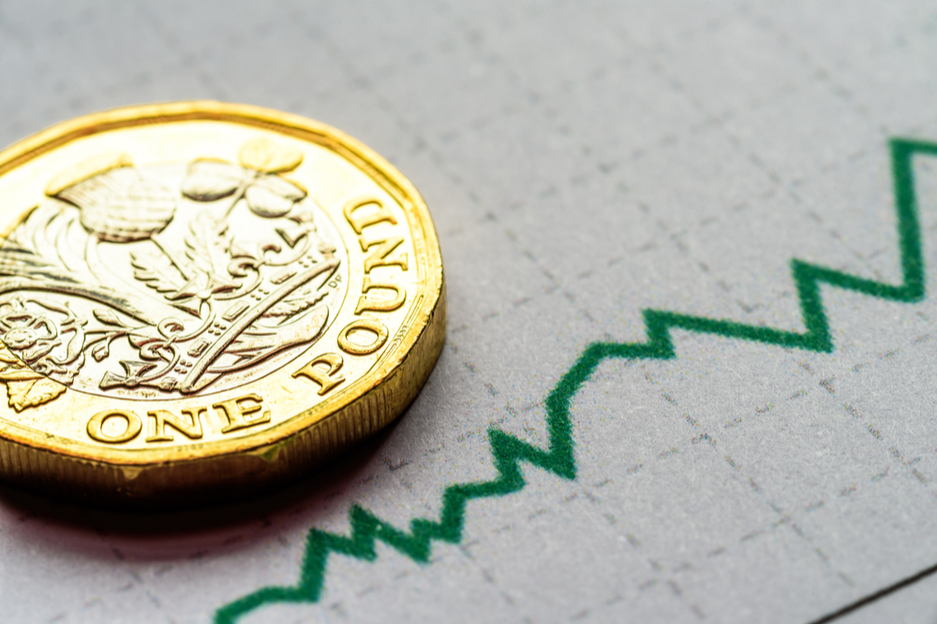 Disappointing economic activity data on Tuesday pushed the dollar down. US Flash Manufacturing and Services PMI data released on Tuesday were lower than expected, hitting a four-month low, showing signs that US economic health is not advancing as anticipated.

Last week, market sentiment was unstable, while the dollar’s high price tempted traders to close long positions, realizing their profits. The USD, which had been trading in overbought territory, softened, also weakened by the lack of support from Treasury yields.

The dollar has been boosted by hawkish Fed policy and increased risk-aversion sentiment for the past couple of months. Continued Russian hostilities against Ukraine have increased risk-aversion sentiment, providing support for the safe-haven dollar. As there is still no end in sight to the crisis, the dollar’s appeal as an investment remains high, although risk appetite seems to be gradually returning to markets.

On Monday, US President Biden announced a plan of cutting China tariffs, to reduce inflation. The move increased risk sentiment, pushing the haven dollar down. The Euro’s rise on Monday also put pressure on the dollar, as ECB President Christine Lagarde shifted towards a more hawkish direction, boosting the Euro.

Several US economic activity indicators are scheduled to be released on Wednesday and may affect the dollar. In addition, FOMC members’ speeches on Wednesday are likely to have an impact on the dollar, as well as the release of the FOMC Meeting Minutes.

Disappointing EU economic data held the Euro down on Tuesday, even as the dollar weakened. Flash Manufacturing and Services PMI data were released on Tuesday for France and Germany, which are among the EU’s leading economies, and for the Eurozone as a whole. PMI data are indicators of economic health and, overall, the data were mixed and mostly fell below expectations, showing that economic activity in the EU is not advancing as anticipated.

Increased risk-aversion sentiment and hawkish Fed policy have been boosting the dollar these past few weeks at the expense of other currencies, with the Euro suffering heavy losses. The dollar, which had been moving in overbought territory, has been slipping since last week, as market risk appetite begins to recover.

On Monday, economic data on German business morale were positive for the Eurozone’s leading economy, boosting the Euro. ECB President Christine Lagarde posted an uncharacteristically hawkish statement on Monday. Lagarde pointed to rate hikes in Q3 of this year, which would bring the ECB’s interest rate at least to zero and possibly to positive territory.

Clear indications from the ECB that it would move towards a more hawkish policy this year, have boosted the Euro. Markets are now pricing in up to 105 base points rate hikes throughout the year. ECB members are starting to agree on a more hawkish policy starting in the third quarter of the year and the consensus between them seems to be that the ECB will perform its first rate hike in decades at its next policy meeting in July. The US Federal Reserve has raised its benchmark interest rate by 50 base points to 1%, highlighting the difference in monetary policy between the EU and the US and has been driving the Euro down.

Last month, headline inflation in the Eurozone was slightly lower than expected, reaching 7.4% in April, while core CPI was at 3.5%. Investors were expecting higher EU inflation rates for April, as increasing energy costs are augmenting inflationary pressures.

Several financial indicators are scheduled to be released on Wednesday for Germany, which is the Eurozone’s leading economy and may affect the Euro. More importantly, ECB President Christine Lagarde is due to deliver a speech on Wednesday at the World Economic Forum, in Davos, which is likely to cause some volatility in the currency, in light of her recent turn towards a more hawkish stance.  The ECB Financial Stability Review is also scheduled to be released on Wednesday and may provide insight into the ECB’s future monetary policy.

The sterling climbed last week taking advantage of the weakening dollar, with the GBP/USD rate closing near the 1.25 level on Friday. On Monday, the sterling continued to rise but plummeted on Tuesday, on weak UK economic data, even as the dollar continued to fall. GBP/USD retreated to the 1.247 level on Tuesday. If the GBP/USD rate goes up, it may encounter resistance at the 1.263 level and further up near the 1.308 level, while if it declines, support may be found near the two-year low at 1.206.

UK Flash Manufacturing and Services PMI data on Tuesday fell considerably below expectations, weakening the sterling. PMI data are strong indicators of economic health and revealed that economic activity in the UK is not recovering from the pandemic as anticipated.

The sterling had rallied in the past week, supported by a weakening dollar and positive UK economic data. The dollar has been pushed down from its 20-year highs due to a combination of unstable market sentiment and probable profit-taking on long positions. Other assets have profited from the dollar’s weakness, although risk-aversion sentiment remains high, checking the sterling’s advance.

The sterling has been losing ground against the dollar due to the divergence in monetary policy between the Fed and the BOE. Although the BOE started the year with a strong hawkish policy, it has recently backed down and moderated its stance, weighted down by the still fragile British economy. In contrast, the increasingly hawkish Fed policy is boosting the dollar against the pound. In its latest monetary policy meeting, the Bank of England raised its benchmark interest rate by 25 base points, bringing its rate to a 13-year high of 1%.

The Yen climbed last week, benefitting from the weakening dollar, with the USD/JPY rate falling to the 127.9 level. The Yen continued to gain strength against the dollar on Tuesday, with the USD/JPY pair falling below the 127 support level, dropping as low as 126.3. If USD/JPY rises again, it may find resistance at 129.7 and further up at 131.35. If the USD/JPY declines, support might be found near the 121.3 level.

Flash Manufacturing PMI and Annual BOJ Core CPI data were released on Tuesday and were mixed for the state of the economy in Japan. PMI data were disappointing, showing that the Japanese economy is not recovering as expected. CPI data, on the other hand, exceeded expectations, indicating that inflation rates in Japan are rising and boosting the Yen.

The Yen has been oversold over the past few months and began gaining some traction last week, attracting market attention as a safer investment. The dollar is also a safe-haven currency but has been trading in overbought territory and has been slipping. On Monday however, increased risk sentiment put pressure on both currencies.

The Yen has been retreating for months, with market interest in the currency slowing down, despite global economic risks. The currency, which has been oversold, regained some of its lost ground at the end of last week, but the outlook for the USD/JPY pair remains bullish.

Bond yields have fallen across Japan’s treasury curve due to low demand. Japan’s 10-year government bond yield auction maintained the 0.25% interest rate as the BOJ continues to buy an unlimited amount of Japanese treasury bonds, defending their current low yield.  In contrast, the respective US 10-year bond is offered with a yield of nearly 3%, more than an order of magnitude higher than the Japanese bond. The large divergence in bond yields makes the low-yielding Yen less appealing to investors than the dollar, pushing its price further down.

BOJ Governor Haruhiko Kuroda is due to deliver a speech on Wednesday at a conference hosted by the Bank of Japan in Tokyo. His speech can potentially impact the currency, as it may provide insight into the BOJ’s future policy direction.