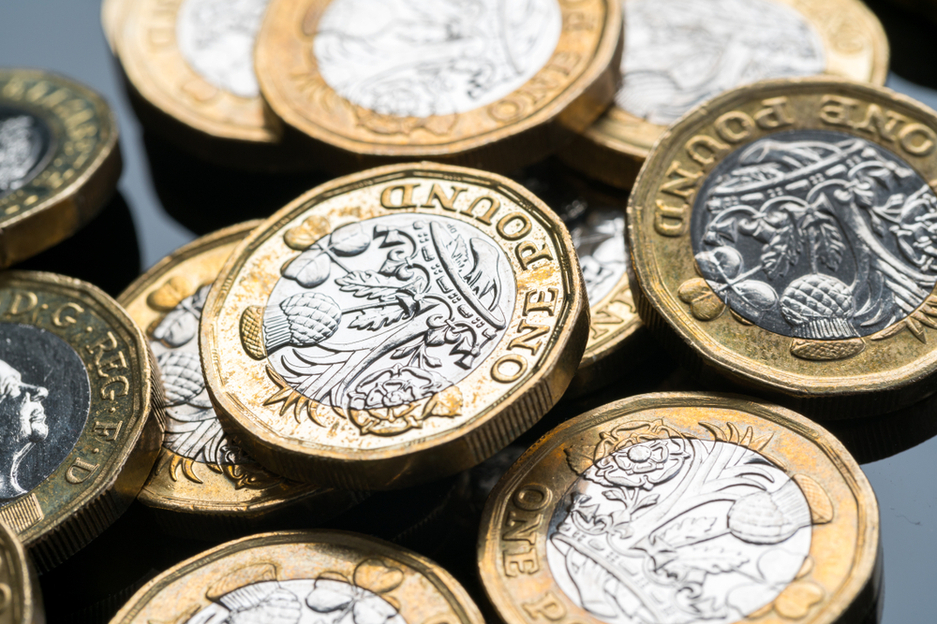 The dollar index climbed above 98.8 on Wednesday, boosted by hawkish Fed rhetoric. In a recent speech, Fed Chair Jerome Powell stated that the Fed must move "expeditiously" to bring inflation under control and his speech pointed to a more aggressive monetary policy. He hinted that the Fed may perform a steeper rate hike in the future, going above the expected 25 base points and his speech has provided support for the dollar.

The dollar had dropped last week in the wake of the Federal Reserve's latest policy meeting, in which the Federal Reserve raised its benchmark interest rate by 25 base points, bringing its interest rate to 0.50%. In the ensuing press conference, Federal Reserve Chairman Jerome Powell signaled that the Fed’s interest rates could reach nearly 2% by the end of the year, pointing to six rate hikes within the year. The US Central bank is attempting to bring down inflation that has been rising at the fastest rate in 40 years. Fed officials have also raised inflation forecasts for 2022 to 4.3%, in a move that has been interpreted as hawkish. The 25-base point rate hike though was widely expected and had already been priced in by markets. Some investors were even expecting a steeper rate hike and the more conservative interest raise pushed the dollar down. Markets are anticipating total rate hikes of 175 base points within the year to tackle soaring inflation rates.

Diplomatic negotiations between Russia and Ukraine continue and hopes of de-escalation of the crisis have been driving the dollar down. The dollar is considered a safe-haven currency and rises when a risk-aversion sentiment prevails, as investors turn towards safer assets. The recent efforts to defuse the crisis have added pressure to the price of the dollar, although its price remains high as the crisis continues.

Several indicators are set to be released on Thursday for the dollar, including US Flash Manufacturing PMI, US Flash Services PMI, Core Durable Goods Orders, Durable Goods Orders, Unemployment Claims. These are financial and employment indicators and may cause some volatility in the wake of the Fed’s rate hike. In addition, FOMC members are due to deliver speeches on Thursday. These events will be scanned by investors, who seek to gain insight into the Fed’s future monetary policy.

The EUR/USD rate traded sideways on Wednesday, close to the 1.101 level. If the currency pair goes up it may encounter resistance at 1.139 and further up at 1.148, while if it declines, support may be found at the 1.079 level.

ECB President Christine Lagarde stated this week that inflation is expected to rise in the Eurozone, but will drop again in the long run. Lagarde further pointed out that ECB monetary policies will not be in sync with the Fed policy, reiterating the ECB’s commitment to a more dovish policy than other central banks. Last week, Christine Lagarde stressed that the ECB needs to remain flexible and may alter its monetary policy in response to unforeseen inflationary pressures arising from the war in Ukraine, but stated that the EU Central Bank is in no hurry to raise its interest rate.

The ECB has been pursuing a more cautious fiscal policy than other major Central Banks, although it has recently turned towards a more hawkish direction. The ECB has recently announced its decision to wind down its bond-purchasing program sooner than expected, placing the end of the bond-buying program at the third quarter of 2022, if financial conditions in the Eurozone allow it. The ECB is trying to avert a dangerous economic effect known as stagflation, the mix of economic stagnation and high inflation rates.

In addition, the European Central Bank has announced that it does not plan to raise its benchmark interest rate before the end of its bond-buying program in the third quarter of 2022. Many market analysts predict that the ECB will raise its interest rate by at least 30 base points at Q4 of 2022 and some predict a steeper rate hike of 50 bps, although so far, the ECB has been reluctant to move towards a rate hike. As the Fed and the BOE have already raised their benchmark interest rates, the Euro remains at a disadvantage from the difference in interest rates.

The sterling was boosted on Tuesday, amid expectations that key inflation indicators scheduled to be released on Wednesday, were going to be higher than previously expected. Annual CPI and Core CPI data released on Wednesday did indeed exceed expectations, indicating that inflation is on the rise in the UK. The CPI index reached 6.2% and the core CPI rose to 5.2 percent year-on-year in February. These are indicators of consumer inflation and showed the fastest pace of price growth in 30 years. Although high inflation tends to boost the currency, high inflation rates were anticipated and had already been priced in by markets and the sterling dropped after the release of the CPI data.

UK finance minister Rishi Sunak announced his half-yearly budget update on Wednesday, amid pressure to increase government spending to mitigate the impact of growing cost-of-living. The Office for Budget Responsibility set the 2022 GDP forecast to 3.8% from 6.0% and average inflation 7.4% for the year with a peak rate at close to 9% in Q4. Sunak also announced tax reductions, although his statements were seen as cautious and failed to provide support for the pound.

Last week, the BOE announced that it would raise its benchmark interest rate by 25 base points, in its third consecutive rate hike, bringing its interest rate to 0.75%. The Bank of England is shifting to a more hawkish policy and a return to pre-pandemic interest rates this year in an attempt to tackle inflation. The BOE emphasized the role of the war in Ukraine in rising inflation rates that are driving its turn to a tighter fiscal policy. The BOE’s raise of its benchmark interest rate was highly anticipated though and had already been priced in by markets. Even though the BOE raised its interest rate and is tightening its monetary policy, the UK Central Bank’s overall statement was perceived as dovish and the sterling collapsed following its release.

UK inflation is already at a 30-year high and expected to rise further, as the war in Ukraine raises the price of key commodities and energy. Rising commodity prices and import costs in the UK, and especially the high costs of imported energy, are driving inflation rates even higher. Inflationary pressures are expected to culminate in April and the BOE has upped its forecast for inflation to a 7.25% peak in April, against a backdrop of strong growth and a robust labor market in the U.K., showing that most economic sectors have returned to pre-pandemic levels. A tighter fiscal policy and consecutive rate hikes though may stifle the country’s economy, forcing the BOE to perform a balancing act between bringing inflation under control and allowing for economic growth.

Flash Manufacturing PMI and Flash Services PMI data are scheduled to be delivered on Thursday for the sterling. These are important financial indicators and may cause volatility for the sterling, as the BOE is expected to rely on economic and inflation data in the following months to determine the direction of its fiscal policy.

The USD/JPY rate traded sideways around the 121.1 level on Wednesday, remaining above the 118.5 level resistance. The USD/JPY is currently trading in an uptrend and is at its highest level since 2016. If the USD/JPY declines, support might be found at 114.8 and further down at 113.4.

The annual Bank of Japan Core CPI data were released on Wednesday, which is a key indicator of consumer inflation. Core CPI data were higher than expected, rising to 1%, indicating that inflation in Japan is rising, mainly due to the higher cost of energy. The Yen was boosted following the release of the CPI data, as rising inflation might eventually push the BOJ to scale down its extremely dovish fiscal policy.

The Yen is depreciating against other currencies, causing concern in the government of Japan. The Japanese finance minister Shunichi Suzuki stated that the government might make use of the covid reserve fund when necessary, to boost the economy. Suzuki also admitted that currency stability is crucial for the economy, with imports becoming increasingly expensive in Japan. The rising price of oil is of particular concern, with oil imports accounting for 80% of the country’s oil consumption.

In its monetary policy meeting last week, the Bank of Japan maintained its ultra-accommodating monetary policy, with unlimited bond purchases. The BOJ also did not raise its negative interest rate from -0.10%, with Bank of Japan Governor Haruhiko Kuroda stating that there is no need for Japan to raise interest rates at all. The BOJ’s meeting came after the Fed and BOE meetings, in which the two major Central Banks raised their benchmark interest rates. The difference in interest rates with other major Central Banks puts the Yen at a disadvantage and, if the BOJ continues its dovish policy, it may drive the Yen further down.

Low inflation rates in Japan and a weakening economy are steering the BOJ towards maintaining its dovish monetary policy. Inflation in Japan is far below the BOJ’s 2% goal, although as prices of imported goods and energy continue to increase, inflation may rise, while overall economic health declines. Japan’s core CPI may climb around 2% in April, similar to other countries that are expected to see a peak in inflation rates at the same time, largely due to increased oil prices. Japan is a net energy importer and the current energy crisis is damaging the country’s terms of trade and overall economic health.

Rising hopes of a resolution to the Ukraine crisis are also putting pressure on the Yen. The Yen is considered a safe-haven currency and is supported by the war in Ukraine. The Yen, however, has not picked up pace as much as other safe-haven assets, as the BOJ’s fiscal policy is keeping the currency down.

Important financial indicators scheduled to be released on Thursday for Japan include, Flash Manufacturing PMI and Flash Services PMI and may cause some volatility for the Yen. In addition, BOJ Monetary Policy Meeting Minutes will be released on Thursday, which provide in-depth insights into the economic conditions that influenced the BOJ’s latest interest rate decision.