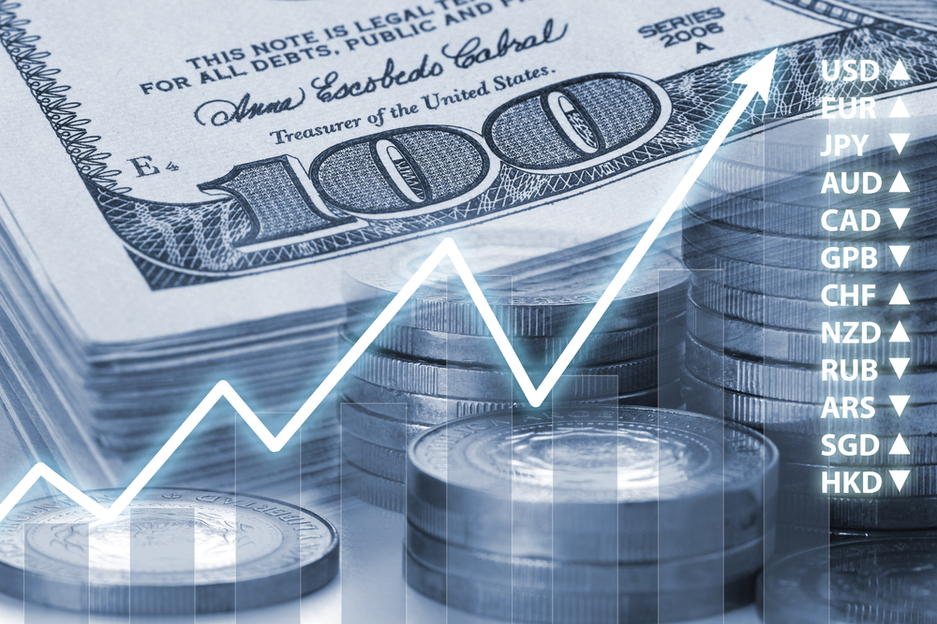 The dollar was catapulted to a fresh 20-year high on Wednesday, with the dollar index climbing above the 107 level. Global recession concerns are rising, propping up the safe-haven dollar, while competing assets, such as the Euro and the Sterling, are pushed down. US Bond yields also rallied on Wednesday, with the US 10-year treasury note yielding approximately 2.9%.

FOMC Meeting Minutes were released on Wednesday and were overall hawkish, pointing to a steep rate hike in July. The Fed is determined to adopt a more aggressively hawkish fiscal policy to rein in inflation.

In its latest policy meeting, the US Federal Reserve voted to raise its benchmark interest rate by 75 points, taking aggressive action against inflation. High US inflation rates are forcing the Fed to tighten its monetary policy. PPI in June climbed 0.8% for the month and 10.8% on an annual basis, driven by rising costs of food and energy.

US Employment and Trade Balance data are scheduled to be released on Thursday and may cause some volatility in dollar prices. In addition, FOMC members Bullard and Waller are due to deliver speeches on Wednesday, which may influence the dollar, as they may provide additional insight into the Fed’s monetary policy direction.

The Euro’s downfall continued on Wednesday, with the EUR/USD rate trading below 1.020 for the first time in 20 years. The Euro has been pushed down this week by disappointing EU economic data and a rising dollar. If the currency pair goes up, it may encounter resistance at 1.078. If the EUR/USD continues to fall, it may find support near the 20-year low of 0.985.

The Euro has been pushed down by increased fears of a potential energy crisis in the Eurozone. EU members have recently announced a gradual ban on Russian oil imports, while Russia has retaliated by limiting its natural gas exports to certain EU countries. This week, a strike of Norwegian oil and gas workers has intensified concerns of an energy crisis in the EU.

EU economic data released on Wednesday were weak and failed to provide support for the currency. Eurozone Retail Sales data fell short of expectations, indicating that the economic health of the EU is still poor. On Wednesday’s bond auction, German 10-year Bonds yielded 1.22%, lower than last month’s 1.33%, signaling that their appeal as an investment is declining.

Indications that the Eurozone economy is slowing down are raising fears of a recession in the EU and putting pressure on the currency. Stagnating the Eurozone economy increases the odds that the ECB may be forced to moderate its plans for raising interest rates to combat high inflation. In contrast, the Fed’s steep rate hikes in the past few months, emphasize the gap between ECB and Fed policies, putting pressure on the Euro. Eurozone inflation in June has reached a record high of 8.6%, an increase from 8.1% in May, driven primarily by rising food and energy costs.

Several economic indicators are scheduled to be released on Thursday for the Eurozone and may affect the Euro, especially the EU Economic Forecasts. As the ECB prepares to lift its interest rate in July, such economic data are especially important as they may help determine the level of fiscal tightening that the ECB will apply.

The Sterling continued to retreat on Wednesday, as political uncertainty in Britain weighed on the Pound. The GBP/USD rate traded below the 1.206 level support, trading as low as 1.190. If the GBP/USD rate goes up, it may encounter resistance near the 1.240 level, while if it declines, support may be found near 1.140.

Deteriorating economic health in the UK is keeping the currency down, while global recession fears are putting pressure on the risk-sensitive Sterling. Political woes in Britain continue unabated, reducing investor confidence in the Sterling. On Tuesday, UK Chancellor of the Exchequer Rishi Sunak and Health Secretary Sajid Javid announced their resignations from Boris Johnson’s government.

MPC member Pill delivered a speech at the Qatar Centre for Global Banking and Finance Conference, in London on Wednesday. His speech was less hawkish than expected, putting pressure on the Sterling. The pill was in favor of a more cautious economic policy, stating that steep rate hikes are disturbing to markets and advocating for a steady-handed approach. MPC member Cunliffe on the other hand stated on Wednesday that the BOE needs to take forceful action against inflation.

The BOE Financial Stability Report released on Tuesday was bleak, with the Bank of England issuing a warning about the global economic recession. BOE Governor Andrew Bailey told a news conference following the release of the report, that lenders need to prepare for a ‘deteriorated economic outlook’.

Soaring inflation rates add more pressure on the BOE to continue increasing its interest rates. UK inflation has risen to 40-year highs in June touching 9.1% on an annual basis, driven primarily by the high cost of energy imports, putting pressure on UK households.

Britain’s uncertain economic outlook, however, limits the BOE’s ability to shift towards a more aggressively hawkish policy. Stagflation is a risk for the UK economy, as for many other countries, as economic stagnation coupled with rising inflation creates a toxic mix for the economy. The BOE is adopting a moderate stance, trying to strike a balance between battling inflation and supporting the sluggish economy. With the Fed moving at an aggressively hawkish pace, the divergence in monetary policy between the Fed and the BOE is highlighted, putting pressure on the Sterling.

This week, rising global recession fears have sparked a risk-aversion sentiment, boosting safe-haven assets. The dollar’s impressive rally, however, is weighing down competing currencies, such as the Yen, down. Oil prices retreated on Wednesday, providing relief for the economy of Japan, which is a net energy importer, and supporting the Yen.

Japan’s 10-year bond yielded 0.25 at Tuesday’s bond auction, which was higher than last month’s, but remains low, fluctuating slightly above the BOJ’s 0% goal. The BOJ continues to buy an unlimited amount of Japanese treasury bonds, defending their current low yield.  In contrast, the respective US 10-year bond is offered with a yield of over 3%, more than an order of magnitude higher than the Japanese bond. The large divergence in bond yields makes the low-yielding Yen less appealing to investors than the dollar, pushing its price further down.

Leading economic indicators for the state of the economy in Japan are scheduled to be released on Thursday and may affect the Yen.