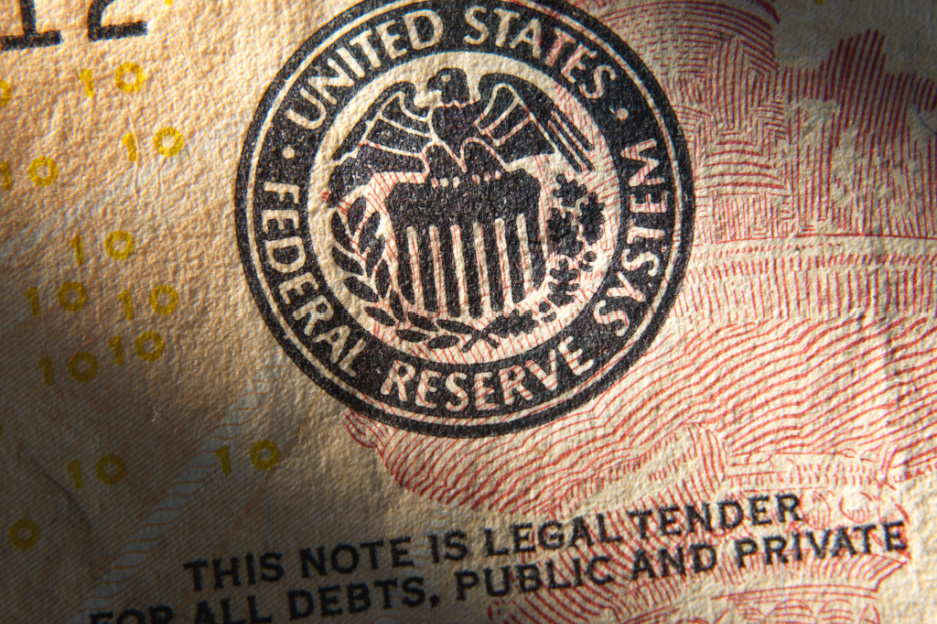 The dollar continued gaining strength on Wednesday, even after the Fed monetary policy meeting. The dollar index rose above the 111 level, reaching a fresh 20-year high. US Treasury yields climbed early on Wednesday but plummeted following the Fed meeting, with the US 10-year bond yield dropping from above 3.6% to below 3.5%.

The US Federal Reserve voted to raise its interest rate by 75 basis points on Wednesday to curb soaring US inflation rates. The US Central Bank has increased interest rates by a total of 300 basis points this year, bringing its benchmark interest rate from 2.50% to 3.25%. The Fed’s move was highly anticipated, while some analysts were even predicting a 100-bp rate hike. While the rate hike was in line with market expectations and had largely been priced in, the dollar spiked upwards after the conclusion of the Fed meeting.

The Fed released a statement that was perceived as hawkish after the policy meeting. According to the statement, the US economic outlook remains poor. Policymakers downgraded their GDP estimates while revising upwards the inflation outlook. Inflation in the US is not cooling at the expected rate, putting pressure on the Fed to maintain its hawkish stance. CPI increased by 0.1% in August and Annual CPI through August increased by 8.3%, prompting the Fed to continue tightening its monetary policy.

Federal Reserve Chair Jerome Powel in a Press Conference after the meeting raised expectations for future rate hikes. Powel stated that the Fed is determined to curb inflation, even at the expense of economic growth, pointing to more rate hikes.

Unemployment claims, Current Accounts, and other economic indicators are scheduled to be released on Thursday and may cause volatility in dollar price, in the wake of Wednesday’s Fed meeting.

The Euro plummeted on Wednesday, falling rapidly below the parity level with the dollar. The EUR/USD pair fell below the 0.987 level support and continued retreating after the Fed monetary policy meeting. If the EUR/USD declines further, it may find support at the 0.845 level representing the 2002 low. If the currency pair goes up, it may encounter resistance at 1.019 and further up at 1.036.

The Euro retreated even further later on Wednesday after a hawkish Fed policy meeting and statement boosted the dollar. The US Federal Reserve voted to raise its interest rate by 75 basis points on Wednesday to curb soaring US inflation rates. While the rate hike was in line with market expectations and had largely been priced in, the dollar spiked upwards after the conclusion of the Fed meeting putting pressure on competing assets.

In its latest monetary policy meeting, the ECB raised its benchmark interest rate by 75 basis points, hiking its deposit rate to 0.75% from zero. Hawkish ECB rhetoric has propped up the Euro, with ECB officials pointing at further rate hikes this year. ECB President Christine Lagarde delivered another hawkish speech on Tuesday, pointing to further rate hikes.

The Sterling fell sharply on Wednesday reaching a multi-decade low against the dollar. The GBP/USD rate dropped below the 1.126 level following the conclusion of the US Fed meeting. If the GBP/USD rate goes up, it may encounter resistance near the 1.173 level and higher up near 1.190.

The Sterling withdrew early on Wednesday following Putin’s threats of escalating the crisis in Ukraine even further. Risk appetite collapsed, pushing riskier assets down. Later in the day, the Sterling dropped even further after a hawkish outcome of the Fed meeting boosted the dollar at the expense of competing assets. The US Federal Reserve voted to raise its interest rate by 75 basis points on Wednesday to curb soaring US inflation rates. While the rate hike was in line with market expectations and had largely been priced in, the dollar spiked upwards after the conclusion of the Fed meeting.

These past few weeks have marked historic changes for Britain, as a new monarch and Prime Minister have been established. A climate of political uncertainty has been putting pressure on the GBP over the past few months, especially after former PM Boris Johnson’s resignation in July. Liz Truss became UK’s next Prime Minister, bringing a measure of stability, which propped up the Sterling. Truss has announced an ambitious plan to prop up energy in the UK and reduce the average cost of energy for households, by funneling billions to the sector. Truss is expected to announce details of the energy plan on Wednesday, the new British Chancellor will announce a preliminary budget on Friday.

Britain’s grim economic outlook is preventing a more hawkish fiscal policy and is hampering the BOE’s attempts to bring inflation down. In its latest monetary policy meeting, the Bank of England raised its interest rate by 50 bps, increasing the total interest rate to 1.75%. The BOE has adopted a moderate stance, trying to strike a balance between battling inflation and supporting the sluggish economy. In contrast, the Fed is ramping up efforts to combat US inflation and is expected to continue hiking its interest rates, as signaled by Fed Chair Jerome Powell on Wednesday.

The much-anticipated BOE monetary policy meeting has been scheduled for Thursday. Markets are pricing in a rate hike of at least 50 bp at Thursday’s meeting, with a high probability for a 75 bp hike. A moderate BOE rate hike of 50 basis points will likely weaken the Sterling even further, especially considering the Fed’s hawkish stance on Wednesday.

The Yen weakened against the dollar on Wednesday, with the USD/JPY rate climbing above the 144 level. If the USD/JPY pair falls, support might be found near 141.5 and further down at 138.0. If the pair climbs, it may find further resistance at the 145 level and higher up at the 1998 high of 147.7.

The US Federal Reserve voted to raise its interest rate by 75 basis points on Wednesday to curb soaring US inflation rates. While the rate hike was in line with market expectations and had largely been priced in, the dollar spiked upwards after the conclusion of the Fed meeting putting pressure on competing assets.

Recent reports that the Bank of Japan is conducting a rate check in preparation for currency intervention have provided some support for the Yen, as the currency’s extreme weakness seems to have finally caught the attention of Japanese officials. Increasing comments by Japanese officials expressing concern about the Yen’s weakness may hint at a hawkish shift in the BOJ’s monetary policy.

The BOJ policy meeting on Thursday is likely to cause volatility in the Yen price, especially in the wake of the Fed’s meeting on Wednesday. The BOJ is expected to keep its benchmark interest rate unchanged at Thursday’s meeting, regardless of recent statements by BOJ officials about the currency’s weakness. Currency intervention is likely still far ahead and a BOJ shift towards a more hawkish policy is expected to be gradual. However, if the BOJ statement and Press Conference following the meeting have a more hawkish tone, this may signal the beginning of a change in BOJ policy.