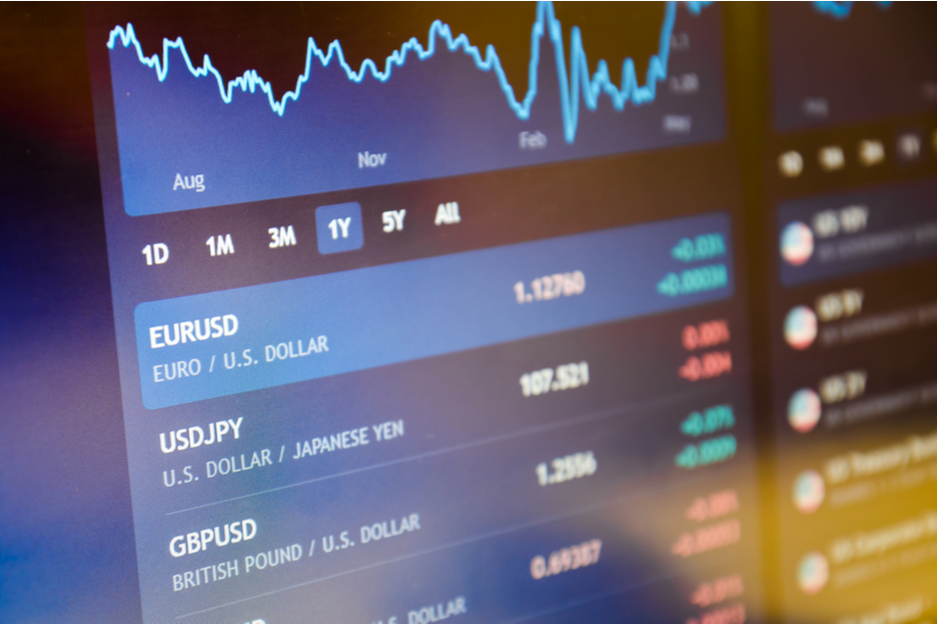 Tensions between Russia and Ukraine continue to rise this week and may affect stock markets, commodities and currencies. Last week, the uncertainty over a possible Russian incursion in Ukraine led to high market volatility and wild swings for most assets. This week geopolitical tensions in the area have not abated, despite negotiations that attempt to find a peaceful resolution to the issue. The Pentagon warns that Russia may be on the brink of invading Ukraine and Putin suggests that diplomatic talks are failing. Russia has amassed over 100,000 troops in its Ukrainian borders and there are even reports that Russia has moved blood and other medical supplies closer to the border, suggesting that an attack against Ukraine might be imminent.

A potential invasion against Ukraine might destabilize markets for some time. The Russian stock Market and Ruble have plummeted since last week as investors turned away from this high-risk market. The US and the EU have threatened Russia with economic and trade sanctions in the case of an attack against Ukraine and this might result in an energy crisis. The EU relies on Russia for most of its natural gas and oil imports, as well as for wheat and other commodities, and a disruption in supply might result in a rise in prices and an increase in inflation rates for the Eurozone. On the other hand, a peaceful resolution of the situation might see oil price dropping and markets gaining a high-risk appetite.

Will ‘party gate’ signal the end of Boris Johnson’s premiership?

The dollar was strong early on Monday, but weakened later in the day, with the dollar index ranging between 97.25 and 96.55.

The Federal reserve is planning an aggressive policy in order to combat inflation, but in the coming months it will rely on financial and inflation indicators to determine the extent of the measures that will be required to reduce inflation and gradually tighten its monetary policy to pre-pandemic levels, in a way that will be sustainable by the US economy and employment.

The US ISM Manufacturing PMI and JOLTS Job Openings data are scheduled to be released on Tuesday. As the Fed moves towards tightening its monetary policy, such indicators of inflation and employment in the US might influence the rate and frequency at which the US Central Bank will increase its interest rates, causing high volatility for the dollar.

The Euro has been under pressure by rising geopolitical tensions between Russia and Ukraine and also by the Fed’s hawkish monetary policy. The ECB’s ultra-accommodating monetary policy is putting the EU currency at a disadvantage, especially since it is widely anticipated that the BOE will also raise its interest rates this week. ECB President Christine Lagarde however, is a staunch supporter of a dovish monetary policy in order to boost the Eurozone economy, despite soaring inflation rates in the EU.

The Euro gained strength on Monday against the dollar, following the release of economic indicators for the Eurozone. German and Spanish CPI data were more positive than expected, while EU GDP estimates were lower than anticipated. The currency pair is currently trading above the 1.118 support, while further down support may be found at the 1.063 level. If the currency pair goes up, it may find resistance at 1.138 and further up at 1.148.

A number of indicators will be released on Tuesday for the Eurozone, including German Retail Sales, French Preliminary CPI, German Final Manufacturing PMI and German Unemployment Change. These are strong economic, inflation and employment indicators for major EU countries. The release of this data might cause some fluctuation for the Euro, if investors consider that these indicators might be sufficient to influence the ECB’s future monetary policy and might lead the EU Central Bank to a shift in its dovish policy in its next meeting later this week.

On Monday, Civil Servant Sue Grey presented a preliminary report of her findings into the so-called ‘party gate’ scandal that has plagued the UK Prime Minister in the past weeks. The report is as yet unfinished, pending the conclusion of the Metropolitan Police investigation into the matter, but it contains heavy criticism against the actions of the British PM, finding ‘failures in leadership’. Following the release of the report, Boris Johnson addressed the House of Commons in a tumultuous session, in which he issued an apology for the incidents, but was hammered by former Prime Minister Theresa May. Boris Johnson is trying to deflect the public’s attention by announcing new legislation concerning Brexit and the rising cost of energy in UK households. The British PM’s approval ratings have sunk though and it seems doubtful that he will manage to reclaim his former popularity.

The heavy political climate is putting pressure on the sterling, which is propped up by rising anticipation that the Bank of England will signal a rate hike in its next meeting on February 3rd. As inflation in the UK has reached record highs over the past months, the BOE is expected to follow in the Fed’s footsteps and announce an increase in its benchmark interest rate in an attempt to drive inflation down. Heavy volatility is expected on Thursday for the sterling, following the UK Central Bank’s rate announcement and the ensuing speech by BOE Governor Andrew Bailey. Many investors expect that the BOE, which has already increased interest rates in December from 0.1% to 0.25%, will continue its hawkish monetary policy and will raise interest rates by another 25 base points, to a total of 0.5%.

On Monday, the GBP/USD pair traded sideways, around the 1.342 level, below its 1.357 support. The outlook for the currency pair is bearish, but if the GBP/USD climbs again, there may be resistance at the 1.375 level, while if it continues its decline, further support may be found at 1.317.

On Tuesday, several financial and inflation data are scheduled to be released for the UK, such as: Final Manufacturing PMI, Mortgage Approvals, Net Lending to Individuals. These provide indications over the state of the British economy and might cause some volatility for the currency if it is considered they might influence the BOE’s decisions in its upcoming meeting later this week.

Financial indicators for Japan released early on Monday were lower than expected, indicating that the economy in Japan is slowing. The Yen fell slightly after the release of this data, but was not strongly affected overall, as financial indicators are not expected to affect the Bank of Japan’s fiscal policy. In its latest meeting earlier this month, the BOJ was clear in its statement that it is planning to maintain its ultra-accommodating monetary policy in order to boost the halting economy. The BOJ’s path diverges from that of other major Central Banks, such as the Fed and the BOE, which move towards a more hawkish policy, putting the Yen at a disadvantage against other currencies.

The Yen traded sideways against the dollar on Monday, and the USD/JPY fluctuated around the 115.25 level. If the currency rate continues rising, it may find resistance at 115.6, while the 116 level may present another resistance point. If the pair starts declining, support may be found at 114.8, and further down at 112.55.

A number of economic, employment and inflation indicators are scheduled to be released on Tuesday for Japan, such as the 10-year Bond Auction, Unemployment Rate, Final Manufacturing PMI. Although these provide indications for the state of the economy in Japan, they are not likely to cause high volatility for the Yen, as the Bank of Japan seems set on its fiscal policy.