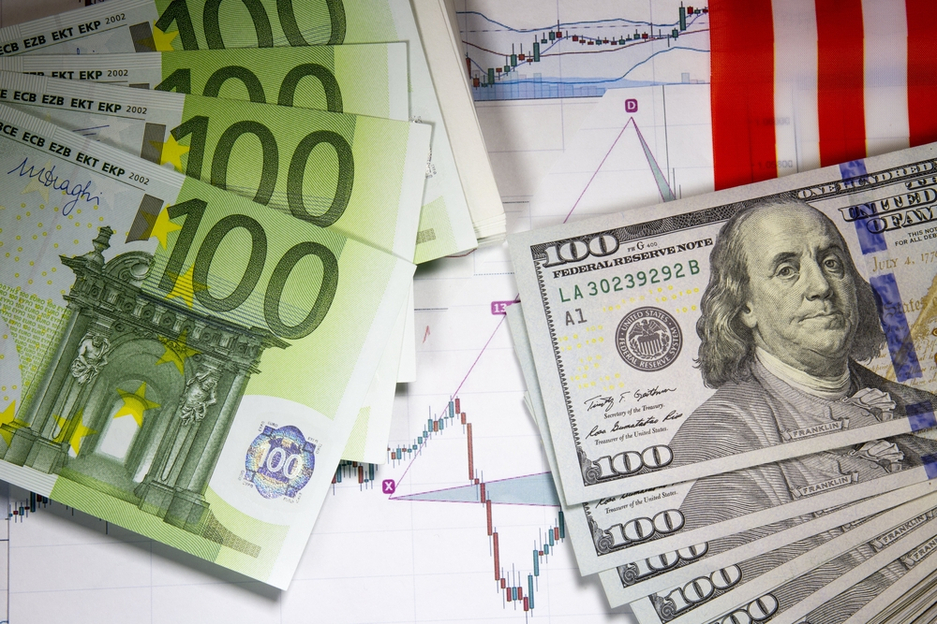 This week though, the dollar is regaining its strength, supported by robust US economic data. On Tuesday, Consumer Confidence slipped concerning last month, but fell less than expected, boosting the dollar. Other US economic data released on Tuesday were mostly positive, showing that the US economy, showing economic growth.

The dollar has been boosted by hawkish Fed policy for the past couple of months. In its latest monetary policy meeting, the US Federal Reserve raised its benchmark interest rate by 50 base points to 1%.

Fed rhetoric has become more cautious though, as inflation woes were balanced out by recession fears. FOMC members point to a series of rate hikes of 50 base points each, confirming that the Fed intends to move with a gradual but steady pace towards monetary policy normalization. On Monday, Fed Governor Christopher Waller stated that the Fed should raise its interest rate by 50 base points at every meeting from now on to tackle soaring inflation in the US.

Continued Russian hostilities against Ukraine have increased risk-aversion sentiment, providing support for the safe-haven dollar. As there is still no end in sight for crisis, the dollar’s appeal as an investment remains high, although risk appetite seems to be gradually returning to markets.

The Euro had been gaining strength over the past couple of weeks, benefitting from the dollar’s weakness. On Tuesday however, the dollar strengthened, while the Euro slipped. The EUR/USD rate fell below 1.070 on Tuesday, before paring some of its losses. If the currency pair goes up, it may encounter resistance at 1.093. If the currency pair falls, it may encounter support at the 1.036 level which represents the 2016 low, and further down near a 20-year low of 0.985.

The dollar’s rally pushed the Euro down on Tuesday. Several economic indicators released on Tuesday were also negative for the state of the EU economy, dragging the currency down. CPI estimates, which are leading indicators of consumer inflation, were also released on Tuesday and showed that EU inflation is on the rise. Inflation in the Eurozone climbed to record highs, reaching 8.1% in May, driven by rising food and energy costs. In addition, EU members have finally reached an agreement on banning Russian oil imports. Concerns about rising energy costs in the EU are driving the Euro down.

Manufacturing PMI data are scheduled to be released on Wednesday for some of the Eurozone’s leading economies and the Eurozone as a whole. PMI data are important indicators of economic health and may have a strong impact on the Euro. In addition, ECB President Christine Lagarde is due to deliver a speech at a conference on Wednesday and her speech will be scanned by market participants for insight into the ECB’s monetary policy.

The sterling fell on Tuesday on week economic data, while the dollar recovered. GBP/USD plummeted early on Tuesday falling to 1.255, before paring its losses later in the day. If the GBP/USD rate goes up, it may encounter resistance near the 1.308 level, while if it declines, support may be found near the two-year low at 1.206.

In the past couple of weeks, the sterling had been supported by a weakening dollar. As risk-aversion sentiment remains high though, the sterling’s advance is halted. On Tuesday, the dollar rallied, while the pound fell. Several indicators were released on Tuesday, showing the British economy is still sluggish. Consumer spending and confidence are declining, driving the sterling down.

The Yen slipped on Tuesday, while the dollar rallied, pushing the USD/JPY rate up. Economic data released on Tuesday for Japan were mixed, failing to provide support for the currency.

Bond yields have fallen across Japan’s treasury curve due to low demand. Japan’s 10-year government bond yields approximately 0.24% interest rate as the BOJ continues to buy an unlimited amount of Japanese treasury bonds, defending their current low yield.  In contrast, the respective US 10-year bond is offered with a yield of approximately 2.8%, more than an order of magnitude higher than the Japanese bond. The large divergence in bond yields makes the low-yielding Yen less appealing to investors than the dollar, pushing its price further down.