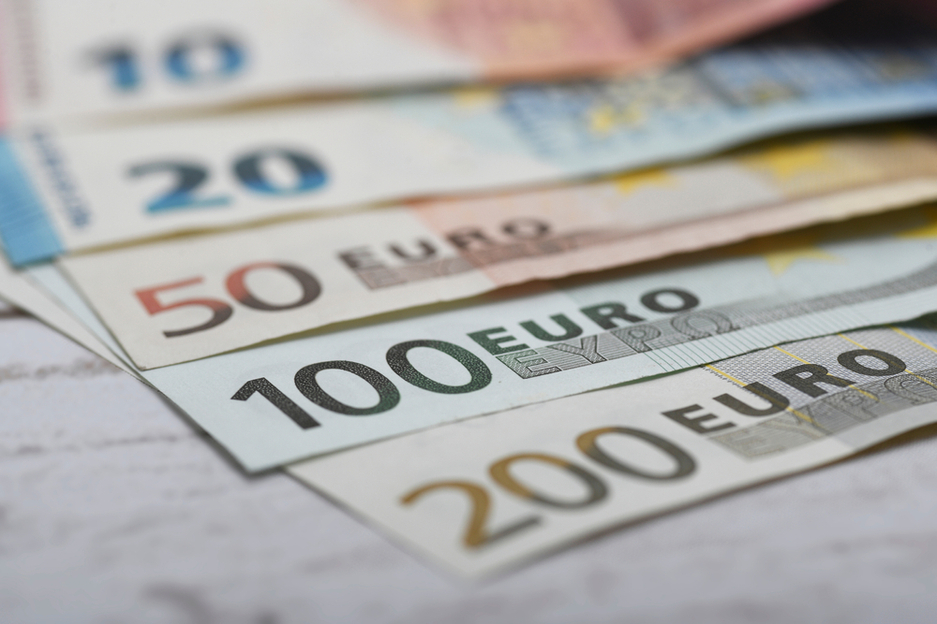 The dollar exhibited high volatility on Thursday after the release of lower-than-expected PMI data, with the dollar index fluctuating between 104 and 104.7. US Bond yields fell heavily, with the US 10-year treasury note yielding just above 3%.

US Flash Manufacturing and Services PMI data released on Thursday were lower than expected, driving the dollar down. PMI data are leading indicators of business activity and economic health and showed that US economic activity is decelerating. Flash Services PMI dropped to 51.6 in June from 53.4 in May, hitting a five-month low. Manufacturing PMI sank to 52.4 from 57 in May, its worst performance in almost two years.

Deteriorating economic health in the US is raising recession concerns and limits the US Federal Reserve’s ability to tighten its fiscal policy.

Fed Chair Powell’s testimony on the Semi-Annual Monetary Policy Report before the Senate Banking Committee on Wednesday also fuelled fears of a recession in the US. In the first part of his testimony on Wednesday, Powell stressed the Fed’s commitment to tackling soaring inflation rates in the US but stated that recession was ‘certainly a possibility. The dollar has been supported by hawkish Fed policy, but the precarious state of the US economy is pushing the currency down.

Powell continued his testimony before the Senate Banking Committee on Thursday. This second part of his testimony included a question-and-answer session and caused some volatility in the dollar. With economic data fuelling fears of a recession in the US, Powell stressed once again the importance of bringing inflation down and admitted that the US central bank had misjudged the risk of high inflation. Powel’s speech boosted the dollar, as it demonstrated the Fed’s unwavering commitment to proceed with raising its interest rates further to tackle inflation.

US inflation keeps rising, forcing the Fed to tighten its monetary policy. PPI climbed 0.8% for the month and 10.8% on an annual basis, falling close to the historically high levels reached in March. CPI in May increased by 8.6% on an annual basis, the largest year-on-year increase since 1981 according to the US Labour Department. Rising food and energy costs have contributed to soaring inflation rates in the US.

Several indicators are scheduled to be released on Friday for the dollar, including Revised UoM Consumer Sentiment and Revised UoM Inflation Expectations, which may cause some volatility in dollar price. In addition, FOMC Member James Bullard is due to deliver a speech about central banks and inflation at an online event hosted by the Union Bank of Switzerland. His speech may affect dollar price, as many market participants depend on Fed rhetoric to gauge the Fed’s future policy direction.

The Euro plummeted on Thursday, as weak Eurozone PMI data raised recession fears in the EU. The dollar was similarly hampered by disappointing PMI data and the EUR/USD rate displayed high volatility, falling to the 1.049 level. If the currency pair goes up, it may encounter resistance at 1.078. The EUR/USD is currently testing the support at the 1.036 level that represents 2016 low and, if it falls further, it may find support near a 20-year low of 0.985.

These readings give strong indications that the Eurozone economy is slowing down, raising fears of a recession in the EU. The sluggish EU economy increases the odds that the ECB may be forced to moderate its plans for raising interest rates, driving the Euro down. Even though the ECB has pointed clearly to a shift towards a more hawkish policy, stagnating Eurozone economies limit the ECB’s flexibility to increase interest rates to combat high inflation.

Political woes are holding the Sterling back, as voting is underway in two UK by-elections. The Tories are at risk of losing both elections, which would result in the loss of at least two seats in the Parliament, further weakening Boris Johnson’s precarious position.

UK Flash Manufacturing and Services PMI data released on Thursday were positive for the British economy, providing some much-needed boost to the currency after Wednesday’s record inflation rates. In contrast to the US and the EU, which released weak PMI data on Wednesday, UK Manufacturing PMI data were in line with expectations, while Services PMI exceeded expectations and was at the same levels as last month. These data are encouraging for the British economy and may give the BOW some leeway towards hiking its interest rate to combat rising inflation.

UK inflation has risen to 40-year highs touching 9.1% on an annual basis, according to CPI data released on Wednesday. UK Core CPI that excludes food and energy came at 5.9%, which was lower than expected, showcasing the effect of the high energy costs on rising inflation rates.

The cost of living in the UK has been increasing, driven primarily by the high cost of energy imports, putting pressure on UK households. Soaring inflation rates add more pressure on the BOE to continue increasing its interest rates. Stagflation is a risk for the UK economy, however, as for many other countries, economic stagnation coupled with rising inflation creates a toxic mix for the economy.

Britain’s uncertain economic outlook limits the BOE’s ability to shift towards a more aggressively hawkish policy. By performing a modest rate hike the BOE is trying to strike a balance between battling inflation and supporting the sluggish economy. With the Fed raising its interest rate by 75 base points, the divergence in monetary policy between the Fed and the BOE becomes highlighted, putting pressure on the Sterling.

Minor economic indicators are scheduled to be released on Friday for the UK. More importantly, MPC Members Pill and Haskel are due to deliver speeches on Friday, which may cause some volatility in Sterling's price.

The Yen benefitted from the dollar’s weakness on Thursday, with the USD/JPY pair retreating below the 24-year high of over 136 reached earlier in the week, falling as low as 134.3. If the USD/JPY declines, support might be found near the 130.5 level and further down at the 127 level. If the pair climbs again, it may find resistance again at the 135.3 level representing 2002 high and further up near the 1998 high of 147.7. The dollar retreated on Thursday, as US recession fears rise. Competing assets, such as the Yen, benefit from the dollar’s weakness.

Last week, the BOJ kept its benchmark interest rate at -0.10%, despite the rising inflation rates in Japan. Japan’s CPI inflation index has breached the BOJ’s 2% target, reaching 2.1% for the first time in seven years.

The BOJ’s decision to keep its interest rate unchanged emphasizes the divergence between the BOJ’s fiscal policy and that of other major Central Banks, especially following the Fed’s 75 base point rate hike. While other countries are moving towards quantitative tightening, Japan continues to pour money into the economy and maintains its negative interest rate. The difference in interest rates with other major Central Banks puts the Yen at a disadvantage, driving its price down. The combination of a weak currency and rising inflation, however, is burdening Japanese households.

National Core CPI data are scheduled to be released on Friday for Japan and may affect the Yen, as these are key indicators of consumer inflation.