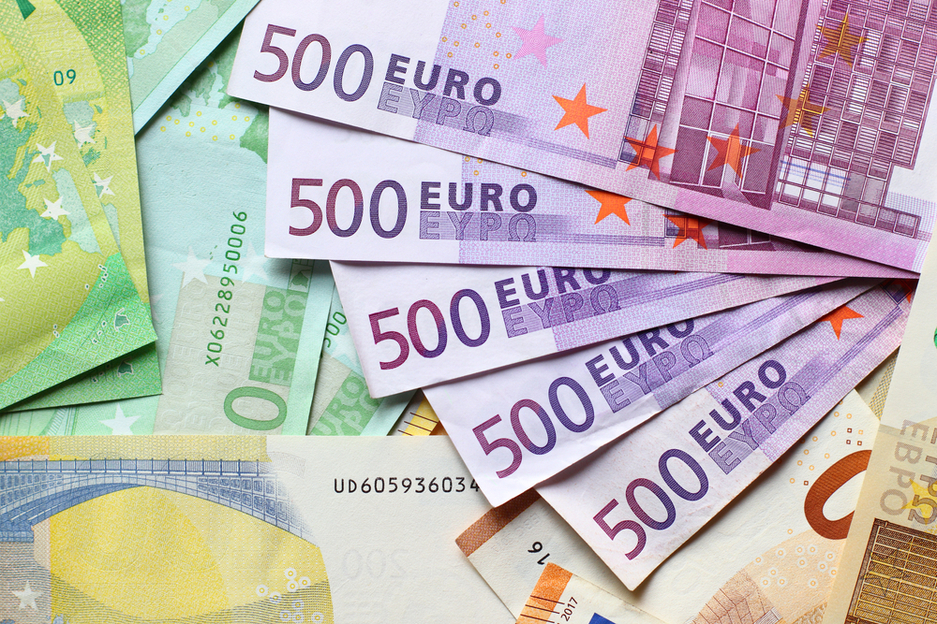 The dollar climbed on Thursday, especially after the ECB’s interest rate announcement, with the dollar index rising above 103.2. Bond yields also rose, with the US 10-year treasury note yielding firmly above 3.0%.

US unemployment Claims released on Thursday were higher than expected, showing that employment levels in the US are falling and failing to provide support for the currency. The dollar gained strength from the Euro’s decline on Thursday though, following the ECB monetary policy meeting.

On Thursday, renewed risk aversion sentiment pushed stock markets down, while boosting the safe-haven dollar. Continued Russian hostilities against Ukraine have increased risk-aversion sentiment, providing support for the dollar. As there is still no end in sight to the crisis, the dollar’s appeal as an investment remains high, although risk appetite seems to be gradually returning to markets.

Markets have already priced in a series of aggressive rate hikes this year, and the Fed’s more guarded stance recently is causing the dollar to slip. In the coming weeks, the USD price will be affected by US economic, employment, and inflation data, as these will likely determine the aggressiveness of the Fed’s monetary policy tightening. Fed members' speeches will also likely cause volatility in USD price, as market investors will scan these speeches to gauge the US Central Bank’s intentions.

Important economic indicators that are scheduled to be released on Friday for the US, include the monthly CPI and Core CPI data, which are strong indicators of consumer inflation and can affect the Fed’s future monetary policy. US headline inflation in May is expected to have increased to 8.3% and core inflation to 5.9%.

Clear indications from the ECB that it would move towards a more hawkish policy this year, had bolstered the Euro in the past few weeks, with markets pricing in up to 130 base points rate hikes throughout the year.

The ECB meeting on Thursday came as a disappointment though and the Euro plummeted after the ECB’s announcement. The ECB kept its interest rate unchanged, as expected, putting pressure on the currency. Some market participants were expecting a rate hike though, and markets were pricing in the possibility of a small, 10-base points rate hike.

Even though the EU Central Bank was not widely expected to change its benchmark interest rate at this meeting, the ensuing Monetary Policy Statement was more dovish than expected, driving the Euro down. The ECB pointed to a small rate hike of 25 base points at its next meeting in July, which was more modest than expected, as markets were pricing in an interest rate increase of up to 50 base points.

Last week, EU members announced a gradual ban on Russian oil imports. Concerns about rising energy costs in the EU that would bring inflation even higher up are putting pressure on the Euro.

ECB President Christine Lagarde and German Buba President Nagel are due to deliver speeches on Friday, which may affect the Euro, especially in the wake of the ECB’s policy meeting on Thursday.

The sterling retreated on Thursday, as the dollar gained strength, with the GBP/USD rate falling to 1.249. If the GBP/USD rate goes up, it may encounter resistance near the 1.308 level, while if it declines, support may be found near the two-year low at 1.206. The dollar’s rally puts pressure on competing assets, driving the sterling down.

The Sterling has been slipping this week, weighed down by a discouraging economic outlook and political instability. The British PM Boris Johnson faced a vote of no-confidence from within his party on Monday, after the threshold of 15% of the party voted against the UK PM. Boris Johnson won the vote by a margin of 211 to 148, but an unexpectantly large number of Tories voted against him and the political climate in the UK remains tense putting pressure on the currency.

The Yen traded sideways against the dollar on Thursday, with the USD/JPY pair fluctuating around the 134.0 level. If USD/JPY rises, it may find resistance at the 2002 high of 135.3. If the USD/JPY declines, support might be found near the 127 level and further down at the 121.3 level.

The dollar’s recovery this week is making the Yen less appealing to investors as the two currencies are competing as safe-haven assets. The Yen has been losing its status as a safe-haven currency however and has been retreating since the beginning of the year.

On Monday, BOJ Governor Haruhiko Kuroda stated that the Bank’s primary focus was to support the Japanese economy which is still struggling from the impact of the pandemic, and remained emphatically against a monetary policy tightening. Kuroda stressed that the BOJ’s accommodative policy is set to continue, despite Japan’s CPI breaching the BOJ’s 2% target, reaching 2.1% for the first time in seven years. Kuroda stated that Japan’s rising inflation rates are temporary and are mainly due to commodity and energy price rises rather than the result of a growing economy. In addition, Kuroda spoke in favor of a weak yen, although the combination of a weak currency and rising inflation is burdening Japanese households.