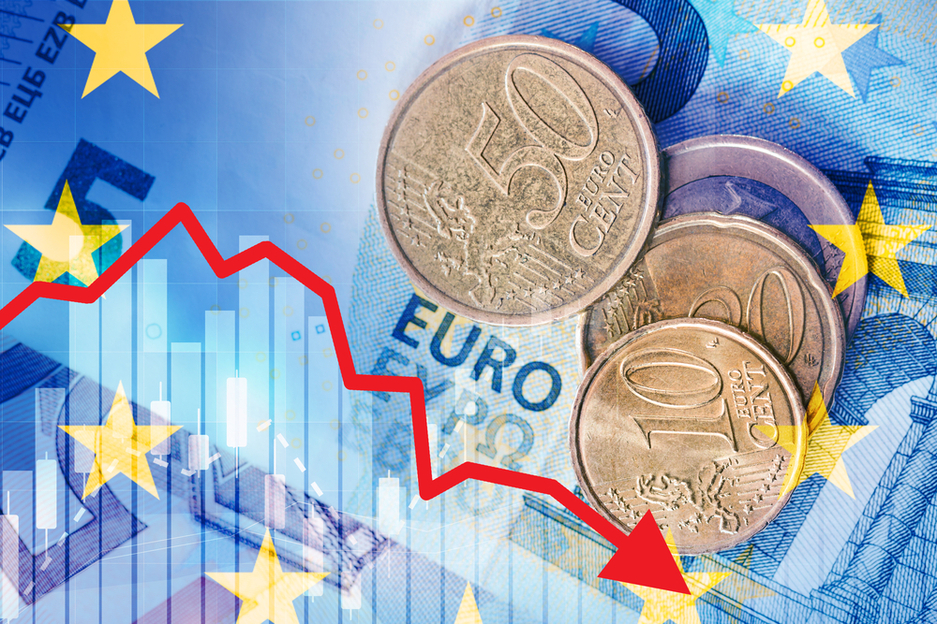 US Unemployment Claims released on Thursday indicate that the jobs sector is moving in a positive direction, increasing the odds of a Fed rate hike and boosting the dollar. Over the past couple of weeks, Fed rhetoric has been one of the primary drivers of USD price, as markets are beginning to price in a steep rate hike of 50 base points at the Fed’s next policy meeting in May. On Thursday, FOMC member James Bullard spoke in favor of a more aggressive tightening of the Fed’s monetary policy, stating that the US Central Bank needs to raise its benchmark short-term borrowing rate to about 3.5%.

FOMC minutes released on Wednesday showed that several Fed officials were in favor of a rate hike of 50 base points last month, increasing the chances of a 50 bp increase in the Fed’s benchmark interest rate in May FOMC minutes also signaled that the US Central Bank would reduce its bond holdings by as much as $95 billion per month.

FOMC members Brainard and Williams delivered speeches on Tuesday, pointing to an increasingly hawkish fiscal policy, boosting the dollar. Brainard, who is known for her comparatively dovish stance, stated in her speech that the US central bank needs to act quickly to drive down inflation, with a rapid reduction in the balancing sheet and aggressive rate hikes.

Reports of escalating violence against Ukraine and increased sanctions on Russia have also turned investors’ interest towards safe-haven assets. The Biden administration announced new sanctions on Wednesday, targeting Russia’s largest financial institutions to increase economic pressure on Russia. US sanctions are having a large impact on the Russian economy, with the country hovering at the edge of its first default since 1998. The US Treasury Department has blocked US banks from handling dollar payments from Russia, with JPMorgan having to deny on Wednesday a payment of $649mn of interest and principal. Russia instead has attempted to pay in Roubles, a move which amounts to a default of its debt.

The Euro retreated against the dollar on Thursday, with the EUR/USD rate touching the 1.086 level, its lowest point since May 2020. If the currency pair goes up, it may encounter resistance at 1.113 and further up at 1.148, while if it declines, support may be found at the 1.080 level.

Reports of escalating Russian attacks against Ukraine have boosted the safe-haven dollar this week, while the Euro retreated. A new round of sanctions on Russia was agreed upon by EU member states on Thursday, weighing down the Euro. According to European Commission President Ursula von der Leyen, the new ban will include the freezing of assets of several Russian banks as well as a ban on exports to Russia, including high-tech goods of up to €10 billion. More importantly, the EU sanctions will target the energy sector for the first time, with a ban on coal imports from Russia worth €4bn a year.

Russia’s demands for payments of energy imports in Roubles have increased concerns of an impending energy crisis in Europe, putting pressure on the Euro. Germany has already entered the initial phases of implementing an emergency gas law, preparing for rationing gas resources among its population. In addition, as the first round of the French Presidential elections is drawing near, the Euro comes under pressure from the political uncertainty in one of the Eurozone’s leading economies.

The minutes of the latest ECB meeting were released on Thursday and were considered to be more hawkish than anticipated but failed to provide support for the Euro. ECB minutes indicated that many ECB members have expressed their concern about the high inflation levels in the EU and were in favor of taking immediate steps towards monetary policy normalization.

ECB President Lagarde stated last week that the growth of the Eurozone economy has been stalled by the war in Ukraine and that inflation will likely rise even further, stressing that the ECB needs to remain flexible and may alter its monetary policy in response to unforeseen inflationary and economic pressures. Europe’s headline inflation has hit a record high of 7.5%, but the ECB is trying to avert a dangerous economic effect known as stagflation, the mix of economic stagnation and high inflation rates.

The GBP/USD rate traded sideways on Thursday, around the 1.307 level. If the GBP/USD rate goes up, it may encounter resistance at the 1.331 level and further up near the 1.341 level, while if it declines, support may be found near the 1.300 level.

Reports of new western sanctions on Russia have bolstered the safe-haven dollar against riskier currencies this week. In addition, the sterling has lost ground against the dollar, due to the divergence in monetary policy between the Fed and the BOE. Although the BOE started the year with a strong hawkish policy, there are signs that its stance may soften in the coming months, weighed down by a fragile economy. In contrast, the increasingly hawkish Fed rhetoric is boosting the dollar against the pound.

BOE Governor Andrew Bailey has stressed the importance of delivering a clear message to the public regarding the BOE’s future policy. He pointed out that the joint effects of COVID and the war in Ukraine on the global economy would take some time to manifest fully and, in the meantime, the BOE would need to remain cautious. His speech was seen as dovish by investors, putting pressure on the pound. Last week, Bailey had warned that the energy crisis in the UK was going to be ‘historic’, in a speech that was again considered more dovish than expected, especially compared to the more hawkish Fed rhetoric.

The Yen traded sideways against the dollar on Thursday, with the USD/JPY rate fluctuating around the 123.8 level. The USD/JPY is following an uptrend and if it rises further, it may encounter resistance at the 2015 high of 125.1. If the USD/JPY declines, support might be found near the 118 level and further down at 114.8.

The safe-haven dollar was boosted these past few days by reports of renewed hostilities in Ukraine and new sanctions on Russia. The Yen is also considered a safe-haven currency but has not been affected as much as other safe-haven assets by the crisis in Ukraine, and many investors have been doubting its safe-haven status.

On Thursday, a monthly composite index of 11 economic indicators was released for Japan that can predict the direction of the economy and show the country’s economic health status. These were higher than last month, providing a little support for the currency.

Bank of Japan Governor Haruhiko Kuroda, commented on Tuesday on the weakening Yen, expressing concern that recent yen moves have been somewhat rapid. Kuroda however, reiterated the benefits of a weaker Yen especially to Japan’s exports, although he acknowledged the added burden of the weak currency on households. Overall, his statements were considered to be in favor of the weak yen, although the BOJ will be monitoring the currency for sudden fluctuations.

Several indicators are scheduled to be released on Friday for the Yen, including Current Account, Consumer Confidence, and Economy Watchers Sentiment, and may cause some volatility in the price of the currency.