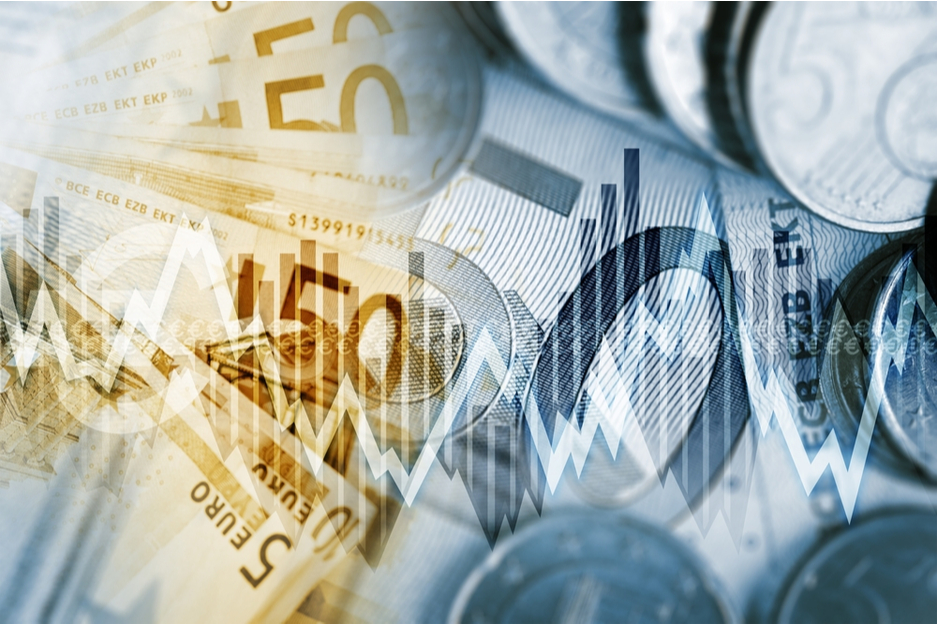 The dollar pared some of its gains on Monday though, with the dollar index falling to 104.2, pushed down by disappointing economic data. The USD, which has been moving into overbought territory, softened on Monday, while US yields also withdrew, with the US 10-year treasury note yielding close to 2.85%.

Fed member John Williams stated on Monday that tackling high inflation rates should be the Fed’s top priority. His speech run along the same lines of recent Fed rhetoric though and failed to provide an additional boost for the dollar. In addition, US Empire State Manufacturing data released on Monday were much lower than expected, putting pressure on the dollar.

Several financial indicators are scheduled to be released for the US on Tuesday, including Core Retail Sales, Retail Sales, Capacity Utilization Rate, Industrial Production, and Business Inventories. Retail Sales data are especially important as they reflect the change in economic activity and may affect the dollar.

In addition, several FOMC Members are due to deliver speeches on Tuesday, along with Fed Chair Jerome Powell and their speeches may cause some volatility for the dollar, as Fed rhetoric has been supporting the dollar for the past few weeks.

The Euro traded sideways against the dollar on Monday, with EUR/USD fluctuating around the 1.040 level. The outlook for the pair is still bearish, but if the currency pair goes up, it may encounter resistance at 1.093 and further up at 1.118. If the currency pair falls, it may encounter support at the 1.036 level which represents 2016 low and further down near a 20-year low of 0.985.

Increased risk-aversion sentiment and hawkish Fed policy have boosted the dollar at the expense of other currencies, with the Euro suffering heavy losses these past few weeks. Fears of an energy crisis in the EU also keep the Euro down, as the EU is expected to announce an oil ban on Russian oil imports.  In addition, Russian gas sanctions on the EU were announced last week, added to inflationary and economic pressures, weighing down the Euro.

On Monday however, the dollar softened, while the Euro rallied a little. EU economic forecasts released on Monday showed that Eurozone inflation forecasts were increased to 6.1% in 2022, while growth projections were lowered. Even though economic conditions in the EU are not improving as much as expected, high inflation rates support the Euro, as they increase the chances of an ECB rate hike later in the year.

In addition, ECB Member Francois Villeroy stated on Monday that he is in favour of a decisive June meeting and that an active summer should be expected in terms of the ECB’s monetary policy, further raising expectations of a shift towards a more hawkish policy.

Many of the ECB’s members have repeatedly expressed concern about the high inflation levels in the EU and are in favour of taking immediate steps towards monetary policy normalisation. ECB President Christine Lagarde is in favour of a more dovish stance but has recently shown signs of wavering, stating that the ECB will likely end its bond-buying programme in the third quarter of 2022 and a rate hike might follow just a few weeks later.

German CPI data released last week were at 7.4%, showing an incremental rise in inflation rates in the Eurozone as the effect of the increase in energy prices is starting to show in April’s inflation data. Eurozone CPI flash inflation estimates have risen by 7.5% on an annual basis, highlighting the problem of rising energy and commodity prices in the EU. Core CPI estimates rose to 3.5%, further increasing the likelihood of an ECB rate hike in July. Markets are pricing in 3 ECB rate hikes this year, of at least 25 base points each.

Several economic indicators are scheduled to be released on Tuesday for the Euro, including the Italian Trade Balance, Flash Employment Change and Flash GDP. In addition, ECB President Christine Lagarde is due to deliver a speech at a charity event in Germany and some volatility is expected for the Euro as traders eagerly await Lagarde’s statements.

The sterling has been under pressure for the past few weeks, falling against the dollar. Early on Monday, the GBP/USD continued trading low, testing its 1.225 support. Later in the day, however, the dollar retreated, while the sterling rallied, with GBP/USD climbing to 1.232. If the GBP/USD rate goes up, it may encounter resistance at the 1.263 level and further up near the 1.331 level, while if it declines, support may be found near the two-year low at 1.206.

Several economic data are scheduled to be released on Tuesday for the sterling, such as the Average Earnings Index, Claimant Count Change, and Unemployment Rate. These are indicators of economic health and employment status in the UK and may affect the currency.

In addition, MPC Member Cunliffe is due to deliver a speech on Tuesday. His speech may cause some volatility for the sterling as it may provide insight into the BOE’s future monetary policy direction especially following the UK Monetary Policy Report Hearings on Monday.

The USD/JPY pair traded sideways on Monday, fluctuating around the 129 level, pushed down by the weakening dollar. If USD/JPY continues to rise, it may find resistance at the 2002 high of 135.3. If the USD/JPY declines, support might be found near the 121.3 level and further down near the 118 level.

On Monday, the annual PPI in Japan rose to 10% for April and was higher than expected, indicating that inflation rates are rising in Japan, mostly due to the rising costs of imported energy.