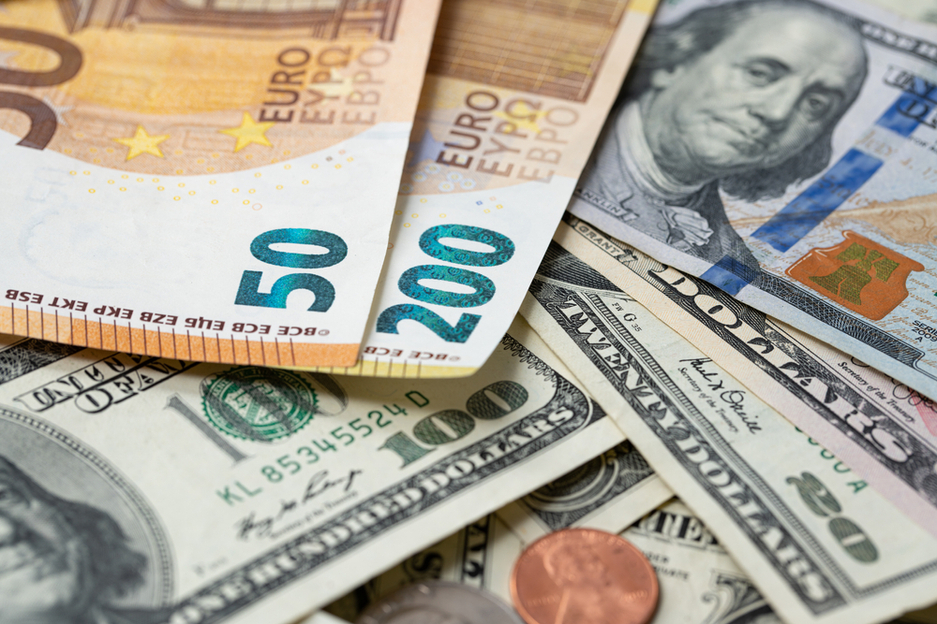 The dollar soared on Thursday propped up by high US inflation rates, with the dollar index rising above 109.2 and setting a fresh 20-year high. US Bond yields remained strong on Thursday, with the US 10-year treasury note yielding approximately 3%.

PPI and Core PPI data were released on Thursday and, combined with Wednesday’s CPI data, paint a clear picture of the current inflation conditions in the US. The Producer Price Index rose by 1.1% in June, exceeding expectations and rising above the 0.8% level reached last month. On an annual basis, the PPI in June reached 11.3% showing that US consumer inflation is accelerating.

CPI and Core CPI data released on Wednesday showed that US inflation in June hit a 40-year high of 9.1% on an annual basis. Monthly CPI data spiked to 1.3% from 1% last month, exceeding expectations. Core CPI data, which exclude food and energy, was also higher than expected, reaching 0.7% from 0.6% last month. Collectively, the CPI and PPI data indicate that US inflation continues to rise at an alarming rate, increasing the chances of a steep Fed rate hike this month.

In its latest policy meeting, the US Federal Reserve voted to raise its benchmark interest rate by 75 points, taking aggressive action against inflation. High US inflation rates are forcing the Fed to tighten its monetary policy. Another rate hike of 75 base points is expected for July and is already been priced in by markets and even a 100 bps rate hike is anticipated by several market participants, catapulting the dollar to record highs.

US Core Retail Sales and Retail Sales data, as well as Consumer Sentiment indicators, are scheduled to be released on Friday and may provide information on the US economic outlook this month.

The Euro lost strength on Thursday, pushed down by the rising dollar. The EUR/USD level briefly breached the parity level for the first time in 20 years. The pair traded as low as 0.995 before paring some of its losses and climbing back above the parity level again. The 1.000 level is a psychological support level and the EUR/USD pair is currently testing this support. If the currency pair goes up, it may encounter resistance at 1.050 and further up at 1.078. If the EUR/USD continues to fall past the parity level, it may find support near the 20-year low of 0.985.

Soaring US inflation rates have boosted the dollar to fresh 20-year highs on Thursday, driving down competing assets such as the Euro. The US PPI and CPI data released this week show that inflation in the US continues to rise at an alarming rate, forcing the Fed to tighten its monetary policy further.

On the other hand, the ECB is struggling to deal with financial fragmentation in the EU caused by the wide range of lending rates across Eurozone states, limiting the ECB’s monetary tightening options.

increasing signs that the Eurozone economy is slowing down and may tip into recession have pushed the single currency down. Struggling Eurozone economies, rampant inflation, and a looming energy crisis in the EU create a toxic combination. Eurozone inflation in June has reached a record high of 8.6%, an increase from 8.1% in May, driven primarily by rising food and energy costs.

Stagnating the Eurozone economy increases the odds that the ECB may be forced to moderate its plans for raising interest rates to combat high inflation. The ECB is expected to raise its interest rate in its monetary policy meeting next week. However, a modest rate hike of 25 base points is expected. In contrast, a Fed rate hike of at least 75 bps this month is priced in by markets, emphasizing the gap between ECB and Fed policies, and putting pressure on the Euro.

The Sterling fell on Thursday, with the GBP/USD rate dropping to 1.177. If the GBP/USD rate goes up, it may encounter resistance near the 1.219 level, while if it declines, support may be found near 1.140.

Renewed risk-aversion sentiment boosted the dollar on Thursday, driving down competing currencies, as global recession concerns are putting pressure on the risk-sensitive Sterling. Deteriorating economic health in the UK is keeping the currency down, as Britain’s uncertain economic outlook limits the BOE’s ability to shift towards a more aggressively hawkish policy. Stagflation is a risk for the UK economy, as for many other countries, as economic stagnation is coupled with rising inflation.

Soaring inflation rates add more pressure on the BOE to continue increasing its interest rates. UK inflation has risen to 40-year highs in June touching 9.1% on an annual basis, driven primarily by the high cost of energy imports, putting pressure on UK households.

The BOE is adopting a moderate stance, trying to strike a balance between battling inflation and supporting the sluggish economy. The Fed, on the other hand, is moving at an aggressively hawkish pace, spurred by soaring US inflation rates. A Fed rate hike of at least 75 bps this month is priced in by markets, highlighting the divergence in monetary policy between the Fed and the BOE and putting pressure on the Sterling. Other major Central Banks are also tightening their monetary policy, with the Bank of Canada hiking by 100 base points on Wednesday.

Political instability in the UK is also putting pressure on the pound, after British PM, Boris Johnson’s resignation last week. Johnson’s resignation was considered to be a matter of time and had already been largely priced in by markets. As however, the matter of his succession will have to be decided soon, and there is renewed political uncertainty adding pressure on the Sterling.

The Yen retreated on Thursday, as the dollar reached fresh 20-year highs. The USD/JPY pair was catapulted above the 139 level, for the first time since August 1998. If the USD/JPY declines, support might be found near the 134.2 level and further down at 131.7. If the pair climbs it may find resistance at the 1998 high of 147.7.

Rising global recession fears have sparked a risk-aversion sentiment, boosting safe-haven assets. The dollar has been outperforming competing currencies, however, such as the Yen. Investors shy away from riskier assets, opting for the safety of the US currency. Even the Yen which has been traditionally considered a safe-haven currency is retreating heavily this year and is considered by many traders to be losing its safe-haven status.

The BOJ has kept its benchmark interest rate unchanged, despite the rising inflation rates in Japan. Inflation in Japan has remained above the BOJ’s 2% target in June, reaching 2.1% on an annual basis. The combination of a weak currency and rising inflation is burdening Japanese households.

Japan continues to pour money into the economy and maintains its negative interest rate, while other countries are adopting a tighter fiscal policy. The Fed is expected to raise its interest rates again considerably this month to tackle skyrocketing US inflation. A 75 bps Fed rate hike has been priced in by markets, with several market participants expecting even a 100 bps rate hike this month. Other major Central Banks are also tightening their monetary policy, with the Bank of Canada hiking by 100 base points on Wednesday and the ECB is expected to raise its interest rate by 25 bps next week. The difference in interest rates with other major Central Banks puts the Yen at a disadvantage, driving its price down.