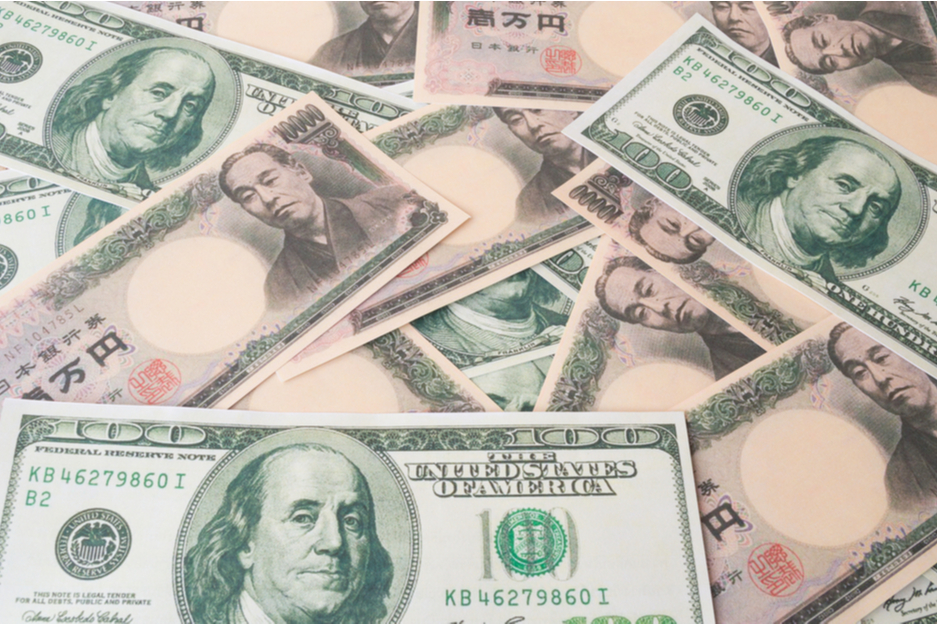 Monday was the 4th of July holiday for the US and was a slow day for the dollar, with the dollar index on the decline, but remaining above the 105 level most of the day. Risk appetite grew on Monday, pushing the dollar down while propping up riskier assets. US Bond yields remained at Friday’s closing level as Monday was a Bank Holiday, with the US 10-year treasury note yielding below 2.9%.

High US inflation rates are forcing the Fed to tighten its monetary policy. PPI in Jun climbed 0.8% for the month and 10.8% on an annual basis, falling close to the historically high levels reached in March. Rising costs of food and energy have contributed to soaring inflation rates in the US.

The Euro remained steady against the dollar on Monday, even as the dollar retreated, with the EUR/USD rate trading around the 1.041 level. If the currency pair goes up, it may encounter resistance at 1.078. If the EUR/USD continues to fall, it may find support near the 1.036 level that represents 2016 low and further down at the 20-year low of 0.985.

Disappointing economic data for the EU on Monday pushed the Euro down. Eurozone PPI, which is an indicator of economic health, dropped below expectations, falling to 0.7% from 1.2% last month. Investor Confidence also retreated compared to last month’s data. German Trade Balance data were unexpectedly low, plummeting to -1.0B from 4.2B expected.

In addition, the EU economic outlook remains bleak, putting pressure on the currency. Eurozone inflation in June has reached a record high of 8.6%, an increase from 8.1% in May. Soaring inflation rates seem to be driven primarily by rising food and energy costs.

In its latest monetary policy meeting, the ECB kept its interest rate unchanged but pointed to a small rate hike at its next meeting in July. The Fed’s decisive 75 base point rate hike emphasized, even more, the gap between ECB and Fed policies, putting pressure on the Euro.

EU members have recently announced a gradual ban on Russian oil imports, while Russia has retaliated by limiting its natural gas exports to certain EU countries, raising fears of a potential energy crisis in the EU.

Spanish, Italian, French, and German Services PMI, as well as Eurozone Final Services PMI, are set to be released on Tuesday, which are indicators of economic health. As the ECB prepares to lift its interest rate in July, such economic data are especially important as they may help determine the level of fiscal tightening that the ECB will apply.

The Sterling gained strength on Monday, as the dollar weakened, with the GBP/USD rate trading near the 1.210 level. If the GBP/USD rate goes up, it may encounter resistance near the 1.308 level, while if it declines, support may be found near 1.200 and further down near 1.140.

Deteriorating economic health in the UK is keeping the currency down, while global recession fears are putting pressure on the risk-sensitive Sterling. Britain’s uncertain economic outlook limits the BOE’s ability to shift towards a more aggressively hawkish policy. In its latest policy meeting, the BOE raised its benchmark interest rate by 25 base points, bringing its interest rate to 1.25%.

UK inflation has risen to 40-year highs in June touching 9.1% on an annual basis. The cost of living in the UK has been increasing, driven primarily by the high cost of energy imports, putting pressure on UK households. Soaring inflation rates add more pressure on the BOE to continue increasing its interest rates. Stagflation is a risk for the UK economy, however, as for many other countries, economic stagnation coupled with rising inflation creates a toxic mix for the economy.

Several minor financial indicators are scheduled to be released on Tuesday, including Final Services PMI, BOE Financial Stability Report, FPC Meeting Minutes, and FPC Statement. This data can provide further information about the state of the British economy and may affect the BOE’s policy direction.

In addition, BOE Governor Andrew Bailey and other MPC member Tenreyro are due to deliver speeches on Tuesday, which may cause volatility in the price of the Sterling.

Risk appetite grew on Monday, pushing both the dollar and the Yen down while propping up riskier assets. Oil prices also rallied, putting pressure on the economy of Japan, which is a net energy importer.