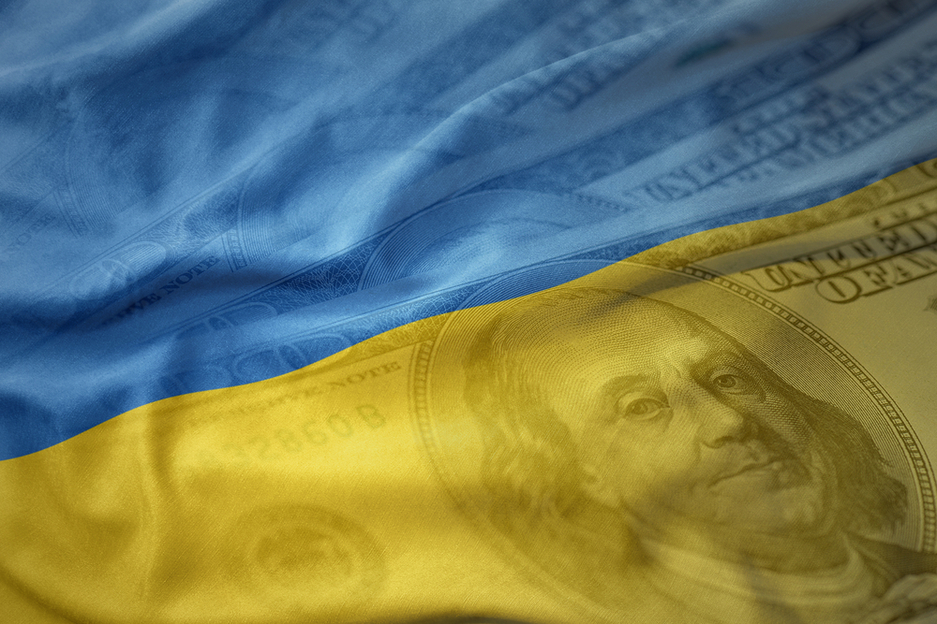 The USD weakened on Wednesday, with the dollar index falling to 97.7, as peace talks curtail safe-haven demand. Reports that diplomatic negotiations between Russia and Ukraine are progressing have put pressure on the currency. The dollar is considered a safe-haven asset and, in case the crisis in Ukraine de-escalates, it may fall even further.

ADP Non-Farm Employment and Quarterly Final GDP data released on Wednesday were rather negative for the US economy, adding more pressure to the dollar. US treasury yields also declined on Wednesday, with the 10-year treasury yields falling to approximately 2.3%, from a two-year high of 2.5% the day before.

In the past week, the dollar had gained strength, boosted by hawkish Fed rhetoric. In a recent speech, Fed Chair Jerome Powell hinted that the Fed may perform a steeper rate hike in the future, going above the expected 25 base points. Other Fed members have similarly shown signs of encouraging a more hawkish fiscal policy, increasing the odds of a 50 bp rate hike at the Central Bank’s next meeting in May. Markets are anticipating total rate hikes of 175 base points within the year to tackle soaring inflation rates.

The dollar had dropped in the wake of the Federal Reserve's latest policy meeting in March, in which the Federal Reserve raised its benchmark interest rate by 25 base points, bringing its interest rate to 0.50%. The US Central bank is attempting to bring down inflation that has been rising at the fastest rate in 40 years. The 25-base point rate hike though was considered conservative and had already been priced in by markets. Recent statements by FOMC members though show a shift towards a more aggressively hawkish policy.

Monthly Core PCE Price Index, Unemployment Claims, Annual Challenger Job Cuts, and Chicago PMI are scheduled to be released on Thursday for the dollar and may cause some volatility in the currency. In addition, FOMC Member Williams is due to deliver a speech, which may affect the currency, as Fed rhetoric in the past few days was one of the main factors that have been driving the dollar up.

The EUR/USD rate climbed above 1.116 on Wednesday, breaking through the 1.113 level resistance, as peace talks sparked hopes of a resolution of the crisis in Ukraine. The safe-haven dollar retreated, while the Euro regained some of its lost ground. If the currency pair goes up, it may encounter resistance at 1.148, while if it declines, support may be found at the 1.080 level.

On Wednesday, consumer sentiment and inflation data released for the Eurozone were mostly negative for the EU economy, putting pressure on the Euro. Reports of de-escalation of the crisis in Ukraine reduced the appeal of safe-haven currencies and boosted riskier assets.

In addition, ECB President Lagarde delivered a speech at an event hosted by the Bank of Cyprus on Wednesday. Lagarde stated in her speech that the growth of the Eurozone economy has been stalled by the war in Ukraine and that inflation will likely rise even further. Lagarde has also stressed that the ECB needs to remain flexible and may alter its monetary policy in response to unforeseen inflationary and economic pressures arising from the war in Ukraine, but stated that the ECB will move gradually towards normalizing its fiscal policy. The ECB is trying to avert a dangerous economic effect known as stagflation, the mix of economic stagnation and high inflation rates.

The ECB has been pursuing a more cautious fiscal policy than other major Central Banks, although it has recently turned towards a more hawkish direction. The ECB has announced its decision to wind down its bond-purchasing program sooner than expected, placing the end of the bond-buying program in the third quarter of 2022, if financial conditions in the Eurozone allow it.

In addition, the European Central Bank has announced that it does not plan to raise its benchmark interest rate before the end of its bond-buying program in the third quarter of 2022. Many market analysts predict that the ECB will raise its interest rate by at least 30 base points in Q4 of 2022 and some predict a steeper rate hike of 50 bps, although so far, the ECB has been reluctant to move towards a rate hike. As the Fed and the BOE have already raised their benchmark interest rates, the Euro remains at a disadvantage from the difference in interest rates.

The GBP/USD rate climbed to the 1.317 level on Wednesday, as the sterling gained some ground on the safe-haven dollar. If the GBP/USD rate goes up, there may be resistance at the 1.341 level and further up near the 1.364 level, while if it declines, support may be found near the 1.300 level.

Reported progress in peace talks between Russia and Ukraine has put pressure on the dollar while boosting the pound. The sterling had lost ground during the past few days though, due to the divergence in monetary policy between the Fed and the BOE.

BOE Deputy Ben Broadbent delivered a speech on Wednesday, followed by questions from the audience. Broadbent stated in his speech that policymakers should provide forward guidance and need to communicate their intentions to the public, as expectations of future interest rates affect current demand.

BOE Governor Andrew Bailey delivered a speech on macroeconomics and financial stability at an online event hosted by Bruegel on Monday. Bailey warned that the energy crisis in the UK is going to be stronger than in any year in the 1970s, stating that the energy shock to households was going to be ‘historic’. His speech was considered more dovish than expected, especially compared to the more hawkish Fed rhetoric of the past few days. Although the BOE started the year with a strong hawkish policy, there are signs that its stance may soften in the coming months, weighed down by a fragile economy.

Last week, UK finance minister Rishi Sunak announced his half-yearly budget update, amid pressure to increase government spending to mitigate the impact of the growing cost of living. Sunak also announced tax reductions, although his statements were seen as cautious and failed to provide support for the pound.

UK inflation is already at a 30-year high and expected to rise further, as the war in Ukraine raises the price of key commodities and energy. The Office for Budget Responsibility has set the 2022 GDP forecast to 3.8% from 6.0% and average inflation of 7.4% for the year with a peak rate of close to 9% in Q4.  Rising commodity prices and import costs in the UK, and especially the high costs of imported energy, are driving inflation rates even higher. A tighter fiscal policy and consecutive rate hikes though may stifle the country’s economy, forcing the BOE to perform a balancing act between bringing inflation under control and allowing for economic growth.

In its latest meeting in March, the BOE announced that it would raise its benchmark interest rate by 25 base points, bringing its interest rate to 0.75%. The Bank of England is shifting to a more hawkish policy and a return to pre-pandemic interest rates this year in an attempt to tackle inflation. The BOE emphasized the role of the war in Ukraine to rising inflation rates that are driving its turn to a tighter fiscal policy.

Financial data due to be released on Thursday for the pound, include: Current Account, Quarterly Final GDP, Nationwide HPI, and Revised Business Investment, and may cause some volatility in the currency.

The dollar lost ground in the past couple of days, as reports of a potential de-escalation of the Russia – Ukraine crisis have put pressure on the safe-haven dollar. The yen is also considered a safe-haven currency but has not been affected as much as other safe-haven assets by the crisis in Ukraine, and many investors have been doubting its safe-haven status.

The BOJ Summary of Opinions was published on Tuesday, which includes the Central Bank’s projection for inflation and economic growth and is the primary tool the BOJ uses to communicate its economic and monetary projections to investors. In the report, Japanese policymakers stated that inflationary pressures are building in Japan, with inflation growing to 1%, which is still far from the BOJ’s 2% target. Bank of Japan board members seemed skeptical about the rise in inflation though, expressing doubts on whether the rise was sustainable. They stated that the rise in inflation rates would likely prove to be temporary, and was mainly due to the rising cost of imports, especially energy-related imports. Policymakers concluded that the BOJ must continue its ultra-accommodating fiscal policy, to support the economy.

Japan’s core CPI may climb around 2% in April, similar to other countries that are expected to see a peak in inflation rates near the same time, largely due to increased oil prices. Japan is a net energy importer and the current energy crisis is damaging the country’s terms of trade and overall economic health. The rising cost of oil is causing goods prices to rise in Japan, with oil imports accounting for 80% of the country’s oil consumption.

The BOJ stated on Monday that it would buy an unlimited amount of Japanese Government Bonds with a maturity of up to ten years at 0.25% to stop rising global yields from pulling yields higher. Near the end of last week, Japan’s treasury yields rose sharply, with yields on 10-year Japanese government bonds climbing to a six-year high of 0.24%. Japanese bond yields had been on the decline for some time, and rising U.S. yields had taken the spread between the two markets to its widest since August 2019.