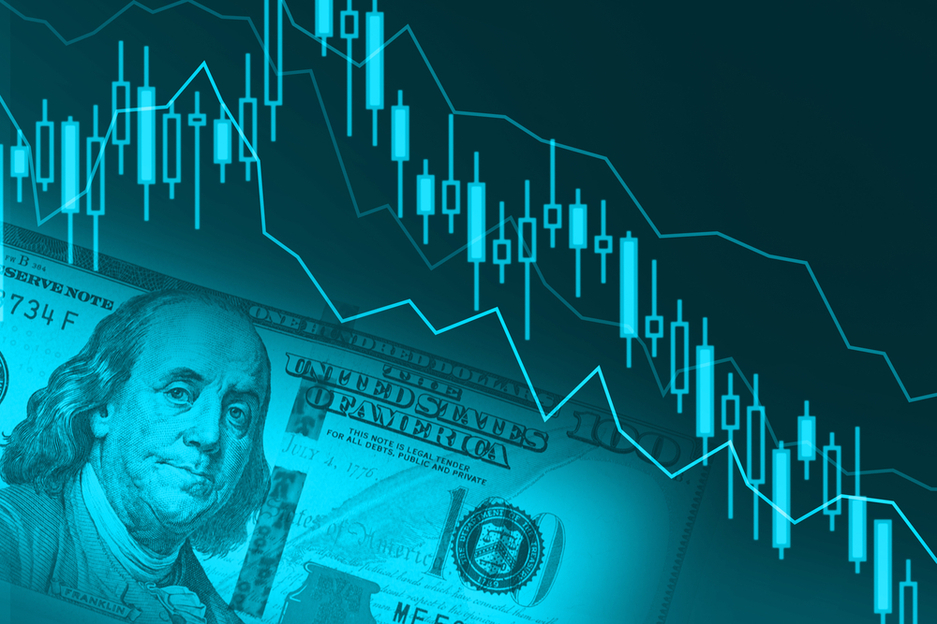 US Monthly CPI and Core CPI data released on Thursday showed inflation has reached alarming rates in the US, climbing to a 40-year high. The dollar exhibited high volatility on Thursday, with the dollar index rising to 95.97 and then plummeting to 95.21. Increased expectations that the Federal Reserve might tighten its monetary policy to tackle inflation boosted the USD. The dollar retreated later against other currencies, especially against the Euro and the pound, amidst expectations that other major central banks would similarly raise their interest rates. US yields spiked after the release of CPI data, with the benchmark 10-year treasury yield reaching 2% for the first time since 2019.

The Federal Reserve has so far adopted a more cautious approach to changing its monetary policy than anticipated. A more hawkish pivot in its policy was expected in the face of soaring inflation rates in the US. The recent Omicron wave through the US though, has set the US economy back, costing jobs and slowing down many business sectors. In the coming months, the Fed will need to assess financial, inflation and employment conditions, in order to move towards a more hawkish fiscal policy in a way that will be sustainable by the US economy.

A number of indicators are scheduled to be released on Friday for the dollar, including: Preliminary UoM Consumer Sentiment, Preliminary UoM Inflation Expectations and Fed Monetary Policy Report. These might cause volatility for the USD, as traders will use these data in an attempt to predict the Fed’s future monetary policy.

On Thursday, the European Commission released its Economic Forecasts report, containing economic forecasts for EU member states over the next 2 years, which serve as the European Commission's basis for evaluating economic performance and trends of EU member states. The EU predicts higher inflation rates in the Eurozone than previously anticipated, based on tensions in Eastern Europe and higher energy prices. Soaring inflation rates may eventually force the ECB to tighten its monetary policy, even within the year.

The ECB is caught between a rock and a hard place, as soaring inflation rates in the Eurozone require an aggressive tightening of the ECB’s monetary policy. The ECB seems hesitant to shift towards a more hawkish policy though, as a new debt crisis is looming in the EU, with Italian and Greek bond yields rising to pre-pandemic heights. Bond yields in the Eurozone have been supported since the start of the pandemic by the ECB’s bond-buying program, but if the ECB cuts off the fiscal stimulus abruptly, several countries may face serious borrowing issues.

The crisis between Russia and Ukraine also threatens to send inflation rates in the Eurozone even higher, as the EU relies on Russia for key commodities and especially energy-related commodities. EU trade sanctions against Russia would likely result in an energy crisis and further increasing inflation rates in the EU. To avert this crisis, the EU is attempting to build a partnership for energy security with the US and other Natural Gas suppliers, in order to mitigate a potential energy crisis and shield EU consumers and households from energy shortages.

EUR/USD fell sharply to 1.137 following the release of the US CPI data, then rebounded and climbed above 1.149 and is currently testing the 1.148 level resistance. If the currency pair goes up, it may encounter resistance at 1.169, while if it falls, support may be found around 1.275 and further down at 1.118.

The German Monthly Final CPI and German Monthly WPI are scheduled to be released on Friday and may cause some volatility for the currency as these are indicators of inflation for the Eurozone’s largest economy.

The sterling exhibited high volatility on Thursday, with the GBP/USD rate climbing to 1.364 following the release of the US CPI data and then dropping back to the 1.356 level. The sterling rose after the announcement of record inflation in the US ignited expectations that not only the Fed, but other major central banks would adopt more aggressive measures to combat inflation. If the GBP/USD rate goes up again, there may be resistance at the 1.375 level, while if it declines, support may be found at 1.332 and further down at 1.317.

The pound was boosted last week by the Bank of England’s decision to raise its interest rate by 25 basis points, bringing the current rate to 0.5%. The BOE has adopted a more aggressively hawkish policy so far than the Fed and the ECB in an attempt to combat rising inflation rates in the UK.

The uncertain political climate in the UK is putting pressure on the pound, as British PM Boris Johnson is facing opposition even from within his own party and is pressured to resign. Following the release of the ‘party gate’ report last week, which pointed to ‘failures in leadership’ and overall dysfunction in Downing Street, the British PM vowed to address the issues within his administration. He performed a mini re-shuffle on Tuesday, but his actions came into scrutiny once more, as he promoted mainly MPs who have demonstrated their loyalty to him these past few weeks.

A number of important financial indicators are scheduled to be released for the pound on Friday, including: Quarterly GDP, Monthly GDP, Goods Trade Balance, Construction Output, Monthly Industrial Production, Monthly Manufacturing Production. These are indicators of economic activity and health in the UK and their release is expected to cause some volatility for the currency, as investors will use these data in an attempt to predict the BOE’s stance over the next few months. Many investors expect another back-to-back rate hike on the BOE’s next policy meeting in March, but this will likely depend on economic, inflation and employment conditions.

USD/JPY rose on Thursday, after the release of the US CPI data increased expectations of a more aggressive tightening of the Fed’s monetary policy. Inflation data in the US, as well as in the UK and the EU have reached record highs, fuelling expectations that the major Central Banks will pivot towards a more hawkish policy in order to tackle soaring inflation rates.

By contrast, low inflation rates in Japan and a weakening economy are steering the BOE towards maintaining its ultra-accommodating monetary policy. The BOJ’s dovish monetary policy is creating a gap in interest rates between other major Central Banks, especially the Fed and the BoE. As a result, the Yen compares less favourably as an asset and becomes less appealing to investors, pushing its value down.

The USD/JPY rate rose on Thursday, as the Yen weakened against the dollar, breaking through its 15.6 resistance. If the USD/JPY pair climbs further, it may find resistance at the 116 level, while if it declines, support might be found at 114.8 and further down at 113.48.

Friday is National Foundation Day in Japan, which is a bank holiday and is expected to be a slow day for the Yen.