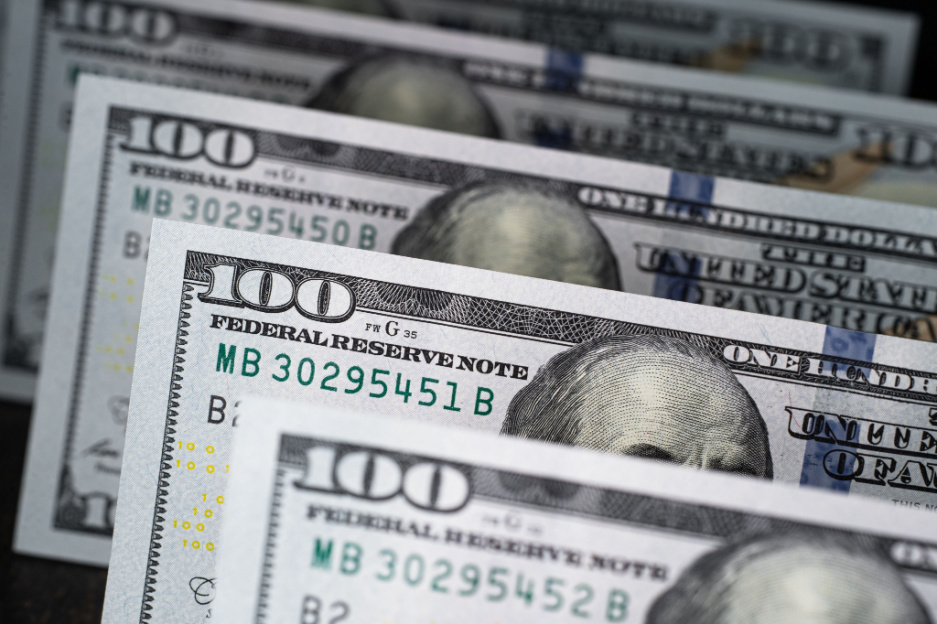 The dollar remained strong on Thursday, and the dollar index exhibited low volatility, fluctuating near the 109.7 level. US Treasury yields rose, with the US 10-year bond yielding above 3.45%.

Several economic activity indicators were released on Thursday for the US and these were overall positive for the US economy. The Empire State Manufacturing Index, which is a leading indicator of economic health, exceeded expectations rising to -1.5 from – 31.3 last month. Core Retail sales, which exclude automobiles, fell short of expectations, dropping by 0.3%, while projections showed zero change compared to last month’s values. Retail sales on the other hand rose by 0.3%, even as projections predicted a drop of 0.1%, indicating that especially the automobile industry performed better than expected in August. US Unemployment claims were lower than expected, providing support for the dollar, falling to 213K compared to 225K predicted.

US CPI data released on Tuesday exceeded expectations, propelling the dollar upwards. CPI increased by 0.1% in August and Annual CPI through August increased by 8.3%. US inflation data are propping up the dollar, as the Fed is likely to maintain a hawkish stance this month to combat persistently high inflation rates.

The Euro struggled to maintain parity with the dollar on Thursday. The EUR/USD is testing the support at the strong psychological parity level of 1.000. If the EUR/USD declines further, it may find support at the 0.845 level representing the 2002 low. If the currency pair goes up, it may encounter resistance at 1.019 and further up at 1.036.

Economic activity indicators released for the Eurozone on Thursday were overall disappointing, indicating that the economic outlook in the EU remains poor and pushing the Euro down. Eurozone Trade Balance fell by 40.3B in August, while projections estimated a drop of 31.9B. French CPI data were higher than expected, with inflation in France rising by 0.5% in August against 0.4% the previous month.

High US inflation rates are likely to force the Fed to perform another steep rate hike this month. Even though the ECB has also raised its interest rates, the Fed will probably continue moving at an aggressively hawkish pace. As the difference in interest rates between the Fed and the ECB remains high, the dollar gains ground against the Euro.

In an unprecedented move last week, the ECB raised its benchmark interest rate by 75 basis points, hiking its deposit rate to 0.75% from zero. The ECB will start paying interest on government deposits in a bid to keep that cash from flooding an already replete market facing a squeeze in bonds.  Markets are now poised for the ECB’s next move. Hawkish ECB rhetoric has propped up the Euro, with ECB officials pointing at further rate hikes this year.

Final Annual CPI and Core CPI data are scheduled to be released on Friday for the Eurozone. These may have some impact on the Euro, as inflationary pressures in the Eurozone will affect the ECB’s future policy direction.

The Sterling edged lower on Thursday and the GBP/USD rate fell to the 1.146 level. If the GBP/USD rate goes up, it may encounter resistance near the 1.173 level and higher up near 1.190, while if it declines, support may be found near 1.140, representing the 2020 low.

The Sterling has been under pressure by the ascend of the dollar for the past few weeks. On Thursday, the Sterling withdrew again, dropping close to a 35-year low touched last week. The UK's economic outlook remains poor, with high inflation and rising recession concerns. The BOE has warned that recession is expected to hit the UK in the fourth quarter of this year, and is forecasted to last for five quarters, until the end of 2024, with GDP falling to 2.1%.

Annual inflation in August cooled unexpectedly, dropping to 9.9% from 10.1% in July. UK CPI was lower than expected in August, with forecasts again at double digits.  The Sterling has been hit hard this year by soaring UK inflation rates, and the cooling inflation data boosted the currency on Wednesday.

A climate of political uncertainty has been putting pressure on the GBP over the past few months, especially after former PM Boris Johnson’s resignation in July. Last week, former Foreign Secretary Liz Truss became UK’s next Prime Minister, bringing a measure of stability and propping up the Sterling. Truss has announced an ambitious plan to prop up energy in the UK and reduce the average cost of energy for households, by funneling billions to the sector.

The Yen weakened against the dollar on Thursday, after dropping near a 24-year low on Tuesday and the USD/JPY climbed back to the 143.5 level. If the USD/JPY pair falls, support might be found near 138.0 and further down at 134.2. If the pair climbs, it may find further resistance at the 1998 high of 147.7.

On Thursday, indicators of economic activity for Japan were disappointing, pushing the currency down. The monthly Trade Balance in August went down by 2.37T, which represents the largest monthly trade deficit on record. This was even lower than the projected drop of 2.08T and is a further decrease from July’s 2.16T deficit. Tertiary Industry Activity also decreased by 0.6% in August, falling below projections of just a 0.1% drop.

This week reports that the Bank of Japan is conducting a rate check in preparation for currency intervention, boosting the Yen. BOJ Governor Haruhiko Kuroda has stated that sudden moves in the currency increase uncertainty and are undesirable. Increasing comments by Japanese officials expressing concern about the Yen’s weakness may hint at a hawkish shift in the BOJ’s monetary policy.