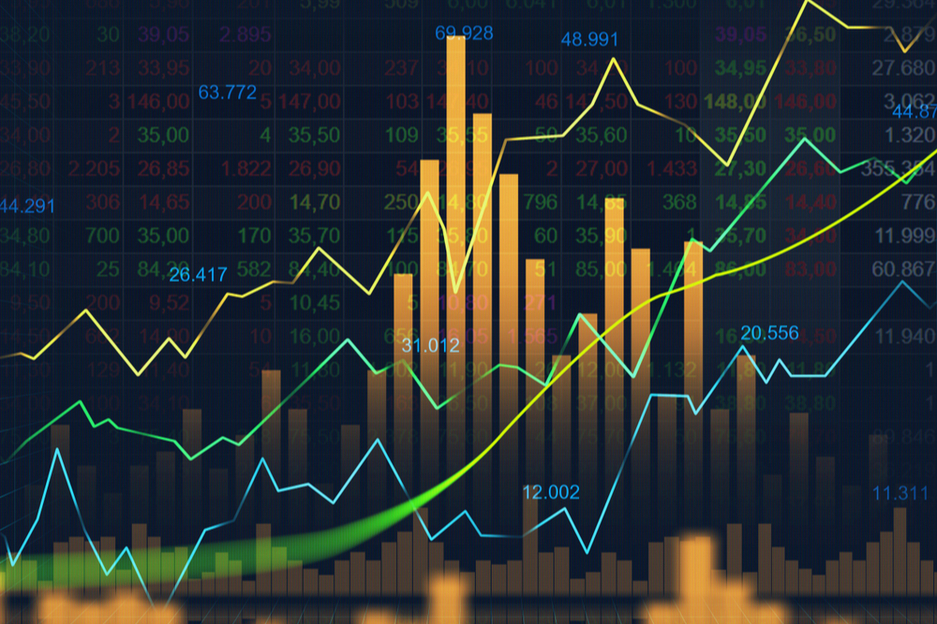 The Federal Reserve’s much-anticipated meeting concluded on Wednesday and the US Central Bank issued a statement announcing its first interest rates for 2022. Fed Chair Jerome Powell’s speech after the Fed meeting was more hawkish than anticipated, giving the dollar a vigorous boost. The USD continued rising on Thursday, with the dollar index climbing to 97.3. US treasury yields also climbed on Wednesday after the Fed’s announcements. In his speech, Powel stressed the need to combat inflation using an aggressive monetary policy, since the current economic and employment conditions allow the US Central Bank to tighten its monetary policy. Even though up to three rate hikes had already been priced in by the markets, the Fed Chair did not rule out a rate hike in every Fed policy meeting of the year, which would bring the total count of rate hikes to four this year. The Fed Chair also signalled a first rate hike as soon as next March, and did not rule out the possibility of raising interest rates by 50 base points, rather than the more moderate 25 bs that was widely expected.

The Federal reserve is planning an aggressive policy in order to combat inflation, but in the coming months it will rely on financial and inflation indicators to determine the extent of the measures that will be required to reduce inflation and tighten gradually its monetary policy to pre-pandemic levels, in a way that will be sustainable by the US economy and employment. Financial indicators released on Thursday, such as Advance GDP and unemployment rates, were in line with expectations and overall positive for the US economy.

A number of important indicators for the dollar will also be released on Friday, such as the Monthly Core PCE Price Index, Revised UoM Consumer Sentiment and Revised UoM Inflation Expectations. These may cause some volatility for the currency in light of the Fed’s statements on Wednesday.

Most currencies will be influenced by the future monetary policy of central banks in the coming months. As other Central Banks, such as the Fed and the BOE are starting to raise their interest rates, the Euro is in a disadvantage. The ECB has so far remained firm in its dovish policy, but economic and inflation indicators in the Eurozone may affect the ECBs future monetary policy.

The Euro has also been under pressure from the looming confrontation between Russia and Ukraine. If the crisis escalates, the EU may be forced to impose economic and trade sanctions against Russia. Such measures will affect the Eurozone as well, which is a major importer of commodities, such as wheat from Russia, and may also create an energy crisis in the Eurozone, since Europe relies on Russia for most of its natural gas supply. This may result in an increase in the price of certain commodities and energy, contributing to rising inflation rates in the EU.

The Euro fell heavily against the rising dollar after the Fed’s announcements on Wednesday and continued its decline on Thursday. The currency pair is currently trading below the 1.118 support, while further down support may be found at the 1.063 level. The EUR/USD exchange rate has not been as low since May 2020 and the outlook for the pair is bullish. If the currency pair goes up again, it may find resistance at 1.138 and further up at 1.148.

A number of indicators will be released on Friday for the Eurozone. These include: French Monthly Consumer Spending, French Flash GDP, Monthly German Import Prices and German Prelim GDP. These are indicators of inflation and overall EU economic conditions and may cause some volatility for the Euro.

UK Prime Minister Boris Johnson is still facing precure for breaking lockdown rules by attending parties during lockdown in May 2020. His approval rates have plummeted and he is under pressure to resign. The next few days may see the end of his premiership, as Civil Servant Sue Gray’s report into the incident is due any day and may worsen the PM’s position by providing damning evidence that the PM lied to the parliament and knowingly attended an event that was not work-related. The ‘party gate’ investigation may be stalled however, as the Metropolitan Police is also investigating the breaches on lockdown regulations in Downing Street and Whitehall. Even though it is only the second time in history that a serving UK Prime Minister has been part of a criminal investigation, Boris Johnson stated that he welcomed the police investigation and that it would help to give the public the clarity it needs.

The Bank of England’s monetary policy will also influence the sterling greatly in the coming days, especially in light of yesterday’s Fed meeting. As Central Banks begin to adopt a more hawkish policy, it will be interesting to see whether the BOE will announce a rate hike in its February 2nd meeting, as anticipated.

The sterling retreated against the dollar following the Fed’s announcements on Wednesday, and the GBP/USD rate continued its decline on Thursday, trading below its 1.357 support and falling as far as 1.335. The outlook for the currency pair is bearish, but if the GBP/USD climbs again, there may be resistance at the 1.375 level, while if it continues its decline, further support may be found at 1.317.

The BOJ’s dovish monetary policy is expected to affect the Yen, especially in the wake of the Fed’s announcements on Wednesday. Last week the bank of Japan decided to maintain its ultra-accommodating monetary policy and continue providing stimulus to the economy. As other major Central Banks, such as the Fed and the BOE move towards raising their benchmark interest rates, the divergence in monetary policy with the BOJ, is putting the Yen at a disadvantage.

The Yen retreated against the dollar on Wednesday, and the USD/JPY rate rose even further on Thursday, reaching as high as 115.5. If the currency rate continues rising, it may find resistance at 115.6, while the 116 level may present another resistance point. If the pair starts declining, support may be found at 113.48, and further down at 112.55.

The Annual Tokyo Core Consumer Price Index is scheduled to be released on Friday, which is an indicator of inflation in Japan. It is not likely to cause high volatility for the currency however, as the BOJ does not seem willing to reconsider its monetary policy in order to reach its inflation goals.