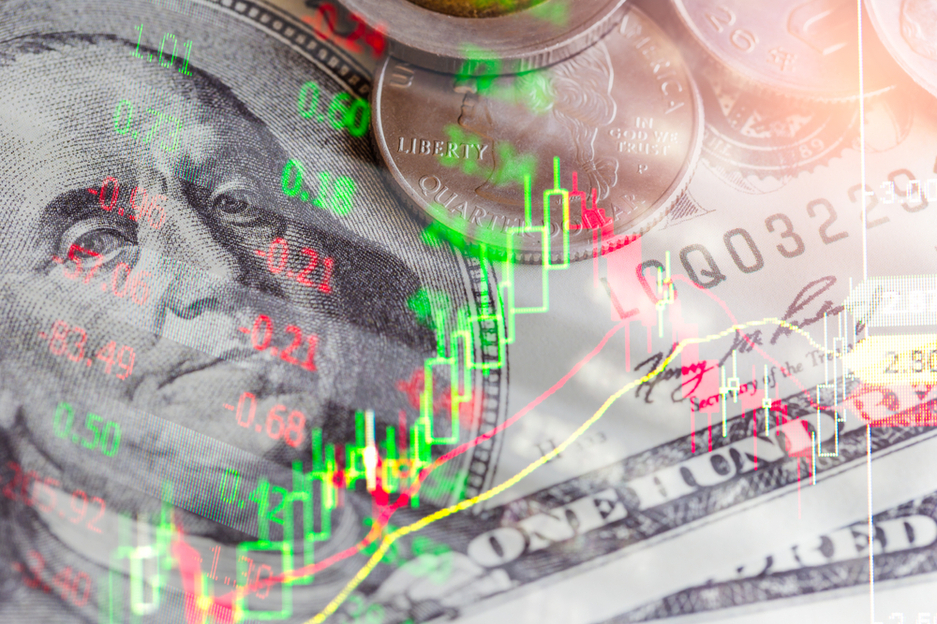 The dollar slid on Thursday on lower-than-expected inflation data, with the dollar index falling below 104.6. US Bond yields also retreated, with the US 10-year treasury note yielding below 3% for the first time in three weeks.

Core PCE Price Index data released on Thursday fell below projections, putting pressure on the dollar. Core PCE data are the Fed’s preferred method of gauging inflation and affect the dollar, as the severity of the Fed’s monetary tightening policy is likely to depend on inflation rates. Core PCE in May fell to 4.7% from 4.9% in April, showing that inflationary pressures have eased a little. Several economic data were also released for the US on Thursday, such as Unemployment Claims and Personal Spending. Overall, the data were weak, indicating that economic health in the US is not improving.

Deteriorating economic health in the US is raising recession concerns and limits the US Federal Reserve’s ability to tighten its fiscal policy. The dollar has been supported by hawkish Fed policy but the precarious state of the US economy is putting pressure on the currency.

High US inflation rates are forcing the Fed to tighten its monetary policy. PPI climbed 0.8% for the month and 10.8% on an annual basis, falling close to the historically high levels reached in March. CPI in May increased by 8.6% on an annual basis, the largest year-on-year increase since 1981 according to the US Labour Department. Rising costs of food and energy have contributed to soaring inflation rates in the US.

US Manufacturing PMI data are scheduled to be released on Friday, which can provide a measure of the state of an important economic sector.

The Euro pared its losses on Thursday, as the dollar weakened, with the EUR/USD rate climbing above the 1.048 level. If the currency pair goes up, it may encounter resistance at 1.078. If the EUR/USD continues to fall, it may find support near the 1.036 level that represents 2016 low and further down at the 20-year low of 0.985.

A large number of economic and inflation indicators were released on Thursday for some of the EU’s leading economies and the Eurozone as a whole. Overall, the data were mixed. Indicating that the Eurozone economy is still sluggish. German retail sales increased by 0.6% compared with the previous month, although they fell below expectations. French CPI data released on Thursday showed that annual inflation in France reached a record high of 5.8% in June.

Eurozone Manufacturing PMI data are scheduled to be released on Friday. As the ECB prepares to lift its interest rate in July, such economic data are especially important as they may help determine the level of fiscal tightening that the ECB will apply.

The Sterling gained strength against the dollar on Thursday, as the dollar dipped. The dollar fell on lower-than-expected inflation data, with the GBP/USD rate rising above the 1.218 level. If the GBP/USD rate goes up, it may encounter resistance near the 1.308 level, while if it declines, support may be found near 1.200 and further down near 1.140.

Final quarterly GDP data released on Thursday were in line with expectations, although other economic indicators on Thursday fell below expectations, showing that economic health in the UK remains poor. Current account data showed a record shortfall for Britain in the first three months of this year, as the deficit ballooned to 51.7 billion pounds

Political woes are also holding the Sterling back, as the Tories suffered defeat in two UK by-elections, with the ruling party losing two seats in the parliament. British Prime Minister Boris Johnson aims to pass legislation through parliament this year to scrap some of the rules on post-Brexit trade with Northern Ireland, while Scotland has proposed an independence referendum.

Deteriorating economic health in the UK is raising fears of recession, putting pressure on the Sterling. Britain’s uncertain economic outlook limits the BOE’s ability to shift towards a more aggressively hawkish policy. In its latest policy meeting, the BOE raised its benchmark interest rate by 25 base points, bringing its interest rate to 1.25%.

UK inflation has risen to 40-year highs touching 9.1% on an annual basis. The cost of living in the UK has been increasing, driven primarily by the high cost of energy imports, putting pressure on UK households. Soaring inflation rates add more pressure on the BOE to continue increasing its interest rates. Stagflation is a risk for the UK economy, however, as for many other countries, economic stagnation coupled with rising inflation creates a toxic mix for the economy.

British manufacturing PMI data are scheduled to be released on Friday and may affect the sterling, as these are key indicators of economic health.

The Yen benefitted from the dollar’s weakness on Thursday, with the USD/JPY pair falling below 135.6 but still trading above the 135.3 level resistance representing 2002 high. If the USD/JPY declines, support might be found near the 130.5 level and further down at the 127 level. If the pair climbs it may find resistance at the 136.7 level and further up at the 1998 high of 147.7.

The dollar weakened on Thursday, propping up the competing Yen. Oil prices also fell on Thursday, providing support for the economy in Japan, which is a net energy importer.

Final Manufacturing PMI data are scheduled to be released on Friday and may provide insight into the state of the economy in Japan and influence the BOJ’s future monetary policy.