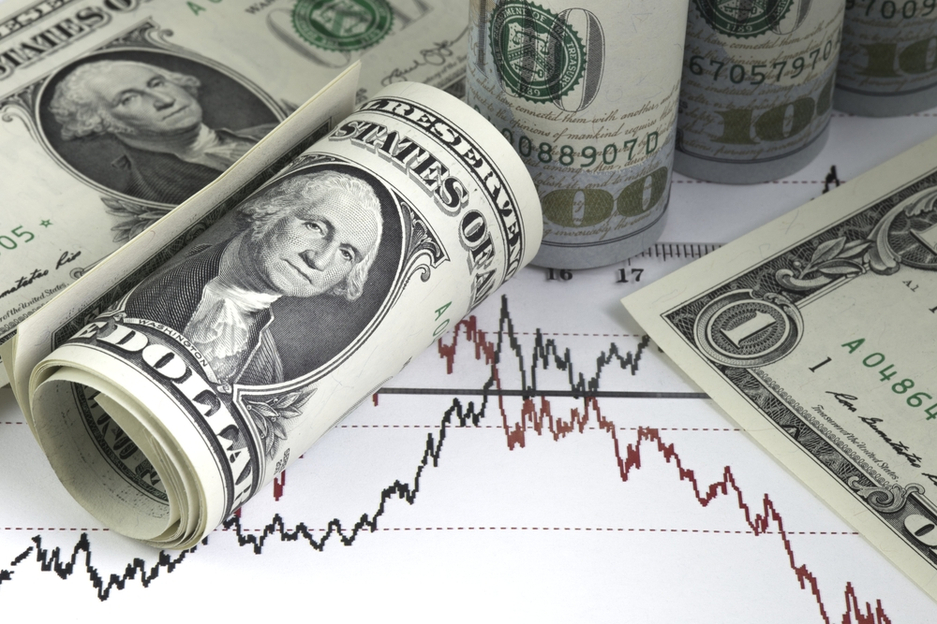 The dollar gained strength on Tuesday, with the dollar index climbing back to 104.5. US Bond yields remained high, with the US 10-year treasury note yielding approximately 3.2 on Tuesday.

US Consumer Confidence and Richmond Manufacturing data released on Tuesday fell below expectations. Weak economic data indicate that the US economy is struggling, pushing the dollar down.

Increased risk aversion sentiment however favored the safe-haven dollar, boosting its price. The G7 leaders decided on Tuesday to take further action against Russia, by imposing “severe and immediate economic costs” on Russia.

Deteriorating economic health in the US is raising recession concerns and limits the US Federal Reserve’s ability to tighten its fiscal policy. The dollar has been supported by hawkish Fed policy but the precarious state of the US economy is putting pressure on the currency.

Important US economic indicators are expected to be released on Wednesday, including the Final quarterly GDP. In addition, FOMC Member Mester and Fed Chair Powell are due to deliver speeches on Wednesday, which are likely to affect the dollar.

The Euro plummeted on Tuesday, as the dollar gained strength, with the EUR/USD rate falling to the 1.052 level. If the currency pair goes up, it may encounter resistance at 1.078. If the EUR/USD continues to fall, it may find support near the 1.036 level that represents 2016 low and further down at the 20-year low of 0.985.

German GfK Consumer Climate data released on Tuesday were in line with expectations. In addition, ECB President Christine Lagarde delivered a speech on Tuesday at the ECB Forum on Central Banking, in Portugal, which was more hawkish than expected. In her speech, Lagarde downplayed EU recession risks and emphasized the ECB’s commitment to battling inflation. Even though Lagarde stated that the ECB is ready to raise its interest rate at a faster pace, the Euro continued to decline, as markets have already priced in several rate hikes this year.

This week, the ECB summit in Portugal is expected to draw the attention of market participants, and announcements from ECB officials throughout the event may affect the Euro price. ECB President Christine Lagarde will participate in a panel discussion at the ECB Forum on Central Banking on Wednesday, along with BOE Governor Andrew Bailey and Fed Chair Powell. High volatility is expected during the panel discussion, not only for the Euro but for the dollar and the Sterling as well.

The Sterling plummeted on Tuesday, pressured by Brexit woes and the unstable political climate in the UK. The dollar rallied on the other hand, with the GBP/USD rate crashing to the 1.218 level. If the GBP/USD rate goes up, it may encounter resistance near the 1.308 level, while if it declines, support may be found near 1.200 and further down near 1.140.

British Prime Minister Boris Johnson aims to pass legislation through parliament this year to scrap some of the rules on post-Brexit trade with Northern Ireland. Political woes are also holding the Sterling back, as the Tories suffered defeat in two UK by-elections, with the ruling party losing two seats in the parliament.

Deteriorating economic health in the UK is raising fears of recession, putting pressure on the Sterling. Britain’s uncertain economic outlook limits the BOE’s ability to shift towards a more aggressively hawkish policy. In its latest policy meeting, the BOE raised its benchmark interest rate by 25 base points, bringing its interest rate to 1.25%.

UK inflation has risen to 40-year highs touching 9.1% on an annual basis. The cost of living in the UK has been increasing, driven primarily by the high cost of energy imports, putting pressure on UK households. Soaring inflation rates add more pressure on the BOE to continue increasing its interest rates. Stagflation is a risk for the UK economy however, as, for many other countries, economic stagnation coupled with rising inflation creates a toxic mix for the economy.

BOE Governor Andrew Bailey is due to deliver a speech on Wednesday in a panel discussion titled "Policy panel" at the ECB Forum on Central Banking and his speech may cause volatility in the price of the Sterling.

The Yen retreated against the dollar on Tuesday, with the USD/JPY pair breaking through the 135.3 level resistance representing the 2002 high, and climbing to 136.3. If the USD/JPY declines, support might be found near the 130.5 level and further down at the 127 level. If the pair climbs it may find resistance near 136.7 and further up at the 1998 high of 147.7.

BOJ Core CPI data were released on Tuesday, which is key inflation indicators. The BOJ Core annual CPI was at 1.5%, which was in line with expectations and did not have a significant impact on the price of the Yen.

The dollar rallied on Tuesday on increased risk aversion sentiment, decreasing the competing Yen’s appeal. Oil prices also climbed on Tuesday, pushing the Yen down. Japan is a net importer of oil and high oil prices have been putting pressure on the country’s economy.