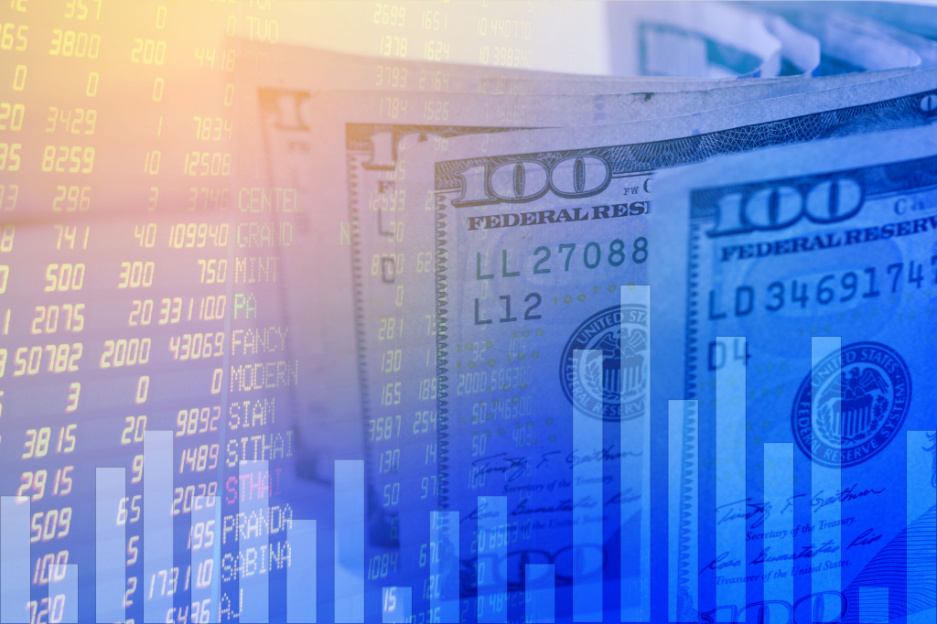 The dollar continued gaining strength on Tuesday on increased Fed rate hike expectations. The dollar index climbed above the 110 level, reaching 110.2. US Treasury yields rose, with the US 10-year bond yielding above 3.5%.

A surprisingly high US inflation report last week propelled the dollar upwards. CPI increased by 0.1% in August and Annual CPI through August increased by 8.3%. US inflation data are propping up the dollar, as the Fed is likely to maintain a hawkish stance this month to combat persistently high inflation rates.

Fed rhetoric propelled the dollar to 20-year highs in the past few weeks amidst mounting expectations of a steep Fed rate hike. The US Federal Reserve is expected to continue raising its benchmark interest to combat persistently high inflation rates. Inflation in the US is not cooling at the expected rate, putting pressure on the Fed to maintain its hawkish stance. Recent US economic and employment data were robust, indicating that the US economy can withstand aggressive tightening.

This week, all eyes are going to be on the much-anticipated Fed monetary policy meeting on the 21st as Fed is set for another steep rate hike. Market odds are in favor of a 75-bp rate hike, although a 100-bp rate hike is not out of the question. An aggressive tightening of 100 bp by the Fed would likely boost the dollar even further.

The Fed policy meeting is expected to generate high volatility for the dollar. A 75-bp rate hike would still represent a considerable raise in interest rates, but it has already been priced in by markets and may even cause the dollar to retreat unless it is accompanied by hawkish Fed forecasts.

The FOMC statement might also affect the dollar strongly, as well as Federal Reserve Jerome Powell’s press conference following the Fed meeting. As this week’s rate hike has been largely priced in, market participants will pay close attention to Fed statements to gauge the Fed’s future direction.

The Euro seesawed around the parity level with the dollar on Tuesday, finally dropping below parity at the end of the day. The EUR/USD pair was testing the support at the strong psychological parity level throughout the day, falling as low as 0.995 later on Tuesday. If the EUR/USD declines further, it may find support at the 0.845 level representing the 2002 low. If the currency pair goes up, it may encounter resistance at 1.019 and further up at 1.036.

In its latest monetary policy meeting, the ECB raised its benchmark interest rate by 75 basis points, hiking its deposit rate to 0.75% from zero. Hawkish ECB rhetoric has propped up the Euro, with ECB officials pointing at further rate hikes this year. ECB President Christine Lagarde delivers another hawkish speech on Tuesday, pointing to further rate hikes.

The US Fed, however, will likely match the ECB’s rate hike this week, as inflationary pressures in the US remain high. Market estimates point to a 75-bp Fed rate hike on Wednesday, with analysts not excluding the possibility of a 100-basis point rate hike. A more hawkish than anticipated outcome to Wednesday’s meeting will likely push the Euro over the edge, breaking its delicate balancing act on parity.

This week, the Euro is likely to be affected by the outcome of the Fed monetary policy meeting on the 21st.

These past few weeks have marked historic changes for Britain, as a new monarch and Prime Minister have been established. A climate of political uncertainty has been putting pressure on the GBP over the past few months, especially after former PM Boris Johnson’s resignation in July. Liz Truss became UK’s next Prime Minister, bringing a measure of stability, which propped up the Sterling. Truss has announced an ambitious plan to prop up energy in the UK and reduce the average cost of energy for households, by funneling billions to the sector. Truss is expected to announce details of the energy plan on Wednesday, the new British Chancellor will announce a preliminary budget on Friday.

Britain’s grim economic outlook is preventing a more hawkish fiscal policy and is hampering the BOE’s attempts to bring inflation down. In its latest monetary policy meeting, the Bank of England raised its interest rate by 50 bps, bringing the total interest rate up to 1.75%. The BOE has adopted a moderate stance, trying to strike a balance between battling inflation and supporting the sluggish economy. In contrast, the Fed is ramping up efforts to combat US inflation and is expected to adopt an aggressively hawkish stance this week.

The much-anticipated BOE monetary policy meeting has been scheduled for the 22nd. Markets are pricing in a rate hike of at least 50 bp at Thursday’s meeting, with a high probability for a 75 bp hike. A moderate BOE rate hike of 50 basis points will likely weaken the Sterling even further, especially if the Fed hikes interest rates by 75 bp or more on Wednesday.

The dollar has been buoyed by Fed rate hike expectations, pushing competing currencies down. The BOJ maintains its ultra-easy monetary policy, keeping its main refinancing rate at -0.10%. Japan continues to pour money into the economy, while other countries are adopting a tighter fiscal policy. The difference in interest rates with other major Central Banks puts the Yen at a disadvantage, driving its price down.

Recent reports that the Bank of Japan is conducting a rate check in preparation for currency intervention have provided some support for the Yen, as the currency’s extreme weakness seems to have finally caught the attention of Japanese officials. Increasing comments by Japanese officials expressing concern about the Yen’s weakness may hint at a hawkish shift in the BOJ’s monetary policy.

The BOJ is expected to keep its benchmark interest rate unchanged at Thursday’s meeting, regardless of recent statements by BOJ officials about the currency’s weakness. Currency intervention is likely still far ahead and a BOJ shift towards a more hawkish policy is expected to be gradual. However, if the BOJ statement and Press Conference following the meeting have a more hawkish tone, this may signal the beginning of a change in BOJ policy.