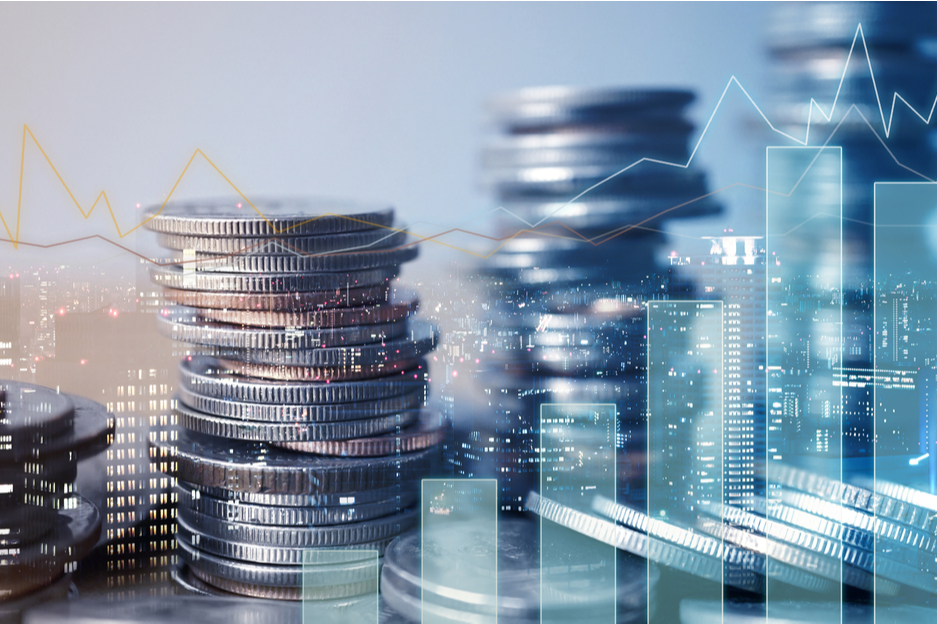 The dollar started out strong on Wednesday and gained even more strength after the Federal Reserve’s announcements, with the dollar index climbing above 96.5. The Federal Reserve’s much-anticipated meeting concluded on Wednesday and the US Central Bank issued a statement announcing its first interest rates for 2022. Fed Chair Jerome Powell announced the Fed’s decisions at a press conference following the conclusion of the meeting, signalling a rate hike at the Fed’s next meeting in March. The Federal Reserve was widely expected to raise its benchmark interest rate this year, and up to three rate hikes had already been priced in. Powell’s speech however, was more hawkish than anticipated, leaving the door open to speculation about a fourth rate hike within the year. In his speech, Jerome Powell stressed that the Fed plans to move along an aggressive path in an effort to combat rising prices and soaring inflation rates. Powell did not rule out rate hikes at consecutive policy meetings, which could mean that the Central Bank may be planning to raise interest rates at a faster rate than originally expected and adopt a tighter monetary policy.

A number of important indicators for the dollar will also be released on January 27th, such as the Quarterly advance GDP and US Unemployment claims and may cause high volatility for the currency in the aftermath of the Fed’s announcements on Wednesday. In his speech, Powell stressed that the overall state of the economy and employment in the US can handle a tighter monetary policy, but it remains to be seen whether financial data in the coming months will support the Fed’s decisions.

Most currencies will be influenced greatly by the future monetary policy of central banks in the coming weeks. With the US Federal Reserve planning to raise its benchmark interest rate as early as March, the ECBs monetary policy comes into focus once again. The European Central Bank President Christine Lagarde, has been a staunch supporter of a dovish monetary policy, even in the face of rising inflation rates in the Eurozone. It remains to be seen whether the ECB will retain its accommodating monetary policy and keep its interest rates low, while other Central Banks, such as the Fed and the BOE move towards a tighter monetary policy.

The Euro fell heavily against the dollar after the Fed’s announcements on Wednesday, with the EUR/USD exchange rate plummeting below the 1.123 level. The pair is still trading below its 1.131 level support and the outlook for EUR/USD is bearish. If the currency pair goes up again, it may find resistance at 1.138 and further up at 1.148, while if the EUR/USD rate continues its decline, it may find support at 1.118.

The Euro has also been under pressure from the looming confrontation between Russia and Ukraine. If the crisis escalates, the EU may be forced to impose economic and trade sanctions against Russia. Such measures will affect the Eurozone as well, which is a major importer of commodities, such as wheat from Russia, and may also create an energy crisis in the Eurozone, since Europe relies on Russia for most of its natural gas supply. This may result in an increase in the price of certain commodities and energy, contributing to rising inflation rates in the EU.

The German GfK Consumer Climate and the Spanish Unemployment Rate will be released on Thursday and may cause some volatility for the Euro, although currencies are more likely to be affected by the after-effects of the Fed’s announcements on Wednesday.

The political situation in the UK remains highly unstable, as Prime Minister Boris Johnson is still facing heavy criticism and falling approval rates, over the recent revelations that he attended parties in Downing Street during lockdown last May. The official ‘party gate’ investigation into the incident is due this week, and the outcome of this investigation may force Boris Johnson to resign if evidence is presented that he lied to the parliament and knowingly attended an event that was not work-related. The British PM is struggling to keep his position, with his supporters trying to find a lifeline for him, while his opponents rally against him. The Metropolitan Police is also investigating the breaches on lockdown regulations in Downing Street and Whitehall and, even though it is only the second time in history that a serving UK Prime Minister has been part of a criminal investigation, Boris Johnson stated that he welcomed the police investigation and that it would help to give the public the clarity it needs.

The sterling retreated against the dollar following the Fed’s announcements, with GBP/USD trading below its 1.357 support and falling below the 1.344 level. The outlook for the currency pair is still bearish, but if the GBP/USD climbs again, there may be resistance at the 1.375 level, while if it continues its decline, further support may be found at 1.317.

The Bank of England’s monetary policy will influence the pound greatly in the following week, especially in light of yesterday’s Fed meeting. As Central Banks begin to adopt a more hawkish policy, it will be interesting to see whether the BOC will announce a rate hike in its February 2nd meeting, as anticipated.

The Confederation of British Industry Realized Sales are scheduled to be released on Wednesday, but these are not expected to affect the sterling significantly. Investors will more likely focus on the volatile political situation in the UK, as well as on Central Bank policies.

The BOJ’s dovish monetary policy is once again coming into focus and is expected to affect the Yen, especially in the wake of the Fed’s announcements on Wednesday. Last week the bank of Japan decided to maintain its ultra-accommodating monetary policy, with BOJ Governor Haruhiko Kuroda, stating that the central bank had no intention of raising interest rates and appearing content for inflation to stay below its 2% goal for years. As other major Central Banks, such as the Fed and the BOE move towards rate hikes, the divergence in monetary policy with the BOJ, is putting the Yen at a disadvantage.

The Yen retreated against the dollar on Wednesday, and the USD/JPY rate climbed even more steeply after the Fed Chair Powel’s hawkish speech. The USD/JPY exchange rate was catapulted to 114.75 and the outlook for the pair is bullish. If the currency rate continues rising, it may find resistance at 115.6, while the 116 level may present another resistance point. If the pair starts declining, support may be found at 113.48, and further down at 112.55.