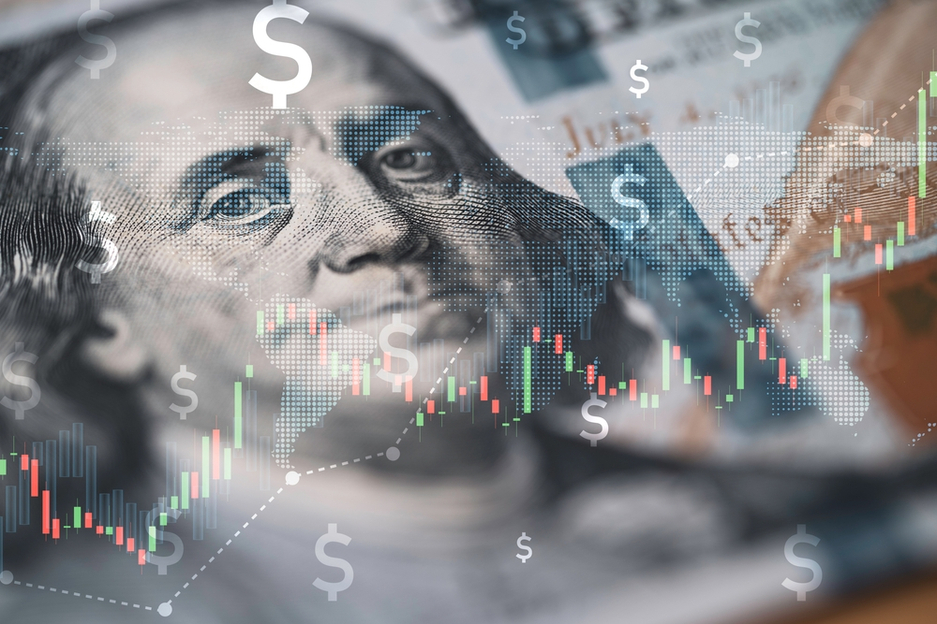 Continued Russian hostilities against Ukraine have increased risk-aversion sentiment, providing support for the safe-haven dollar. The situation between Russia and Ukraine continues to escalate, as Russian President Vladimir Putin makes thinly veiled threats about using nuclear weapons, while he cuts off the gas supply to Poland and Bulgaria.

Several economic indicators were released on Wednesday for the dollar, including Goods Trade Balance, Monthly Preliminary Wholesale Inventories, and Monthly Pending Home Sales. These were mostly negative for the US economy but failed to curtail the currency’s growth.

Inflation remains one of the biggest problems for the US economy, with headline inflation rising to 8.5%, its highest rate since 1981. Producer Price data jumped by 11.2% from last year’s data, marking the biggest increase on record in over a decade. Soaring inflation rates in the US have increased expectations of a high rise in the Fed’s benchmark interest rate, buoying the dollar.

The Euro fell heavily against the dollar early on Wednesday, with the EUR/USD rate falling below the 1.063 level support and reaching a five-year low. The 1.063 level marks 2020 low and if the currency pair falls even further, it may find support near the 2016 low around the 1.036 level. The outlook for the pair is bearish, but if the currency pair goes up, it may encounter resistance at 1.118.

Increased risk-aversion sentiment has boosted the dollar at the expense of other currencies, with the Euro suffering heavy losses on Wednesday, after Russian President Vladimir Putin announced that Russia would suspend gas supplies to Poland and Bulgaria.

The Euro climbed a little later on Wednesday though, as ECB President Christine Lagarde delivered a speech that was considered more hawkish than expected. Lagarde spoke on Wednesday at the Manager Magazine's Top100 women in German Business event in Hamburg. Lagarde stressed that the ECB will be following a different route than the Fed, but left the door open for a rate hike in July.

Soaring inflation rates in the EU increase the chances of an eventual shift towards a more hawkish policy. The ECB however, is hesitant to raise its interest rates, as the Eurozone economy is still struggling to recover from the effects of the pandemic. The ECB is trying to avert a dangerous economic effect known as stagflation, the mix of economic stagnation and high inflation rates.

Many of the Central Bank’s members have repeatedly expressed concern about the high inflation levels in the EU and are in favor of taking immediate steps towards monetary policy normalization. ECB President Christine Lagarde is in favor of a more dovish stance, however, and has stated that Eurozone inflation is expected to rise in the following months, while economic growth is expected to stall. Even Lagarde however, has shown signs of wavering though, as rising inflationary pressures are forcing the ECB to act to drive inflation down.

Several economic data are scheduled to be released on Thursday for the Eurozone, including German Prelim CPI, Spanish Flash CPI, and Spanish Unemployment Rate, but these are not expected to affect the Euro significantly.

The sterling remained under pressure on Wednesday and continued falling against the dollar, with the GBP/USD rate falling as low as 1.250. If the GBP/USD rate goes up, it may encounter resistance at the 1.331 level and further up near the 1.341 level, while if it declines, further support may be found near the two-year low at 1.206.

The pound has been declining, weighed down by the heavy political climate in the UK and a sluggish British economy. British PM Boris Johnson is still dealing with the aftermath of the ‘party gate’ scandal and the resulting political uncertainty is affecting the currency. Last week, members of the British parliament voted on whether Boris Johnson should be referred to parliament’s privileges committee for an inquiry into breaches of lockdown rules. Although the voting was in the British PM’s favor, Johnson continues to receive heavy criticism over his breaches of lockdown regulations at the start of the pandemic.

The Yen continued its decline against the dollar on Wednesday, ahead of the BOJ’s monetary policy meeting on Thursday. The USD/JPY traded above 128.5, close to last week’s record high of 129.4. The USD/JPY has been gaining strength these past few weeks, pushing past the resistance level of 2015 high at 125.8. If the USD/JPY declines, support might be found near the 121.3 level and further down near the 118 level.

Annual BOJ Core CPI data released on Tuesday showed that inflation rates in Japan remain at low levels, but this is not expected to cause a shift in the BOJ’s policy ahead of the next BOJ meeting.

Japan’s 10-year government bond yield is currently close to 0.25%, more than an order of magnitude lower than the respective US 10-year bond, which is offered with a yield close to 2.8%. The large divergence in bond yields makes the low-yielding Yen less appealing to investors than the dollar, pushing its price further down.

The next BOJ policy meeting is on Thursday, April 28th. The BOJ will announce its main interest rate and will release an outlook report on Thursday, detailing the factors that shape its monetary policy. Although the BOJ is widely expected to keep its interest rate unchanged and continue its ultra-accommodating policy, the event is likely to generate some volatility for the currency. The BOJ will also release a press conference after the conclusion of the meeting, which will be followed closely by market participants for hints into the bank’s future policy. A more hawkish statement will provide the Yen with a much-needed boost, while a communication along the same dovish lines the BOJ has been following, might see the price of the Yen falling even lower.