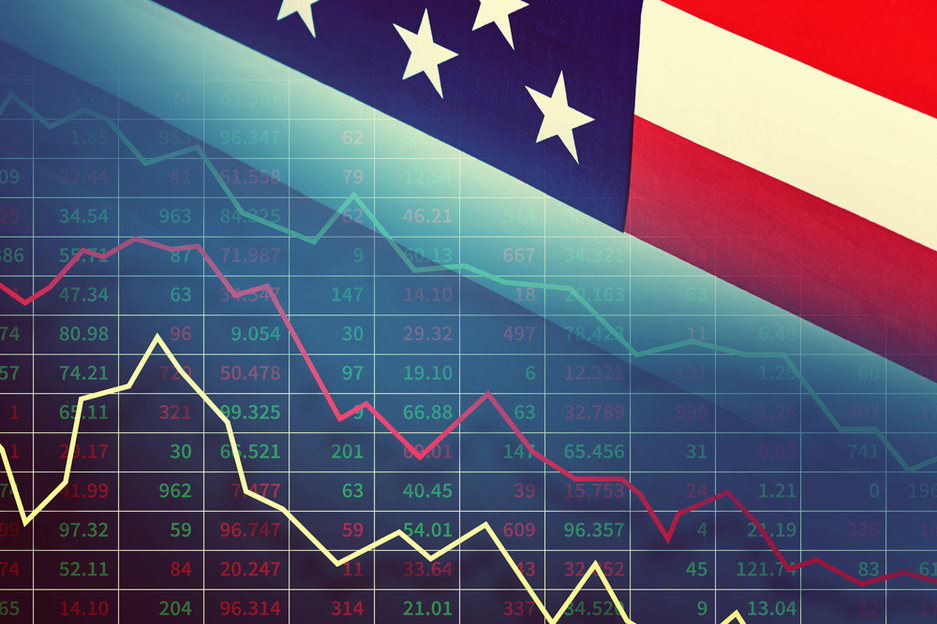 The USD price has been rising over the past months, as fears of an imminent conflict between Russia and Ukraine grew. The dollar is considered a safe-haven currency and rises when a risk-aversion sentiment prevails, as investors turn towards safer assets. On Tuesday however, an announcement that a number of Russian troops would withdraw from the Ukrainian border brought hopes of de-escalation of the crisis. The dollar fell early on Tuesday following the announcement, as the probability of a diplomatic resolution to the Russia – Ukraine crisis grew.

On Tuesday, Producer Price Index and Core PPI data were higher than expected, indicating that inflation rates keep rising in the US. The PPI data released on Tuesday were higher than expected, showing that prices continue to increase in the US. The dollar rose following the announcement of the PPI data, amidst expectations that the Federal Reserve might tighten its monetary policy to tackle inflation. The dollar index fell to 95.23 early on Tuesday as Russia – Ukraine tensions eased, but climbed up to 96.26 later in the day, following the release of the PPI data.

US Monthly CPI and Core CPI data released last week, showed inflation has reached alarming rates in the US, climbing to a 40-year high. The Federal Reserve has so far adopted a more cautious approach to changing its monetary policy than anticipated. A more hawkish pivot in its policy was expected in the face of soaring inflation rates in the US. The recent Omicron wave through the US though, has set the US economy back, costing jobs and slowing down many business sectors. In the coming months, the US Central Bank will have to balance indicators of economic strength against rising inflation rates to determine its fiscal policy.

A number of financial and inflation indicators for the dollar will be released on Wednesday, including: Monthly Retail and Core Retail Sales, FOMC Meeting Minutes. The retail sales data are indicators of economic activity and their release might cause some volatility in the currency. Especially important are the minutes of the latest FOMC meeting, which may provide insight into the Fed’s future actions.

Several indicators were released on Tuesday for the Euro, including: ZEW Economic Sentiment, German ZEW Economic Sentiment, Quarterly Flash Employment Change, Quarterly Flash GDP and Trade Balance. These are indicators of economic health and employment for Europe as a whole and the ZEW indicators reflect mostly the economic state of Germany, which is the Eurozone’s leading economy. Overall, the data released were mixed for the Eurozone economy, but the ZEW indicators showed the economic outlook in Germany to be improving somewhat, giving the Euro a boost. The EU predicts higher inflation rates in the Eurozone over the next two years than previously anticipated, based on tensions in Eastern Europe and higher energy prices. Mounting inflationary pressures in the EU seem to be finally catching up with the ECB, which might be forced to tighten its monetary policy within the year. The ECB seems hesitant to shift towards a more hawkish policy though, as a new debt crisis is looming in the EU, with Italian and Greek bond yields rising to pre-pandemic heights.

The crisis between Russia and Ukraine also threatens to send inflation rates in the Eurozone even higher, as the EU relies on Russia for key commodities and especially energy-related commodities. On Monday, the German Chancellor Olaf Scholz met with his Russian counterpart, Vladimir Putin, in an effort to address Russia’s security concerns and at the same time, issue a warning that the west would impose severe sanctions against Russia in the event of an attack against Ukraine.

The Euro edged higher on Tuesday, supported by the release of the Eurozone financial indicators, as well as by hopes of de-escalation of the Russia – Ukraine crisis and the EUR/USD rate climbed to 1.136. If the currency pair goes up, it may encounter resistance at 1.148 again and further up at 1.169, while if it falls, support may be found around 1.275 and further down at 1.118.

Minor financial data are scheduled to be released on Wednesday for the Euro, such as Monthly Industrial Production, German 10-y Bond Auction and may cause slight volatility in the currency.

Employment data released on Tuesday for the UK, showed improvement in the jobs sector, supporting expectations of a more hawkish BOE policy. UK inflation data that are scheduled to be released on Wednesday are expected to show rising inflation rates in the UK, increasing the probability of another BOE rate hike. On Wednesday, Annual CPI and Core CPI, data are scheduled to be released, as well as Monthly PPI Input and Output. These are considered to be the most important inflation indicators for the UK and their release is expected to cause some volatility for the currency. Investors will use this data in an attempt to predict the BOE’s stance over the next few months. Many investors expect another back-to-back rate hike at the BOE’s next policy meeting in March, and UK inflation rates will likely affect the BOE’s decisions.

There is wide speculation that the BOE will follow an aggressively hawkish policy in an effort to tackle rising inflation rates in the UK. Expectations of more frequent and sharp rate hikes have been boosting the pound, as inflation hit 10-year highs last week. The Bank of England has already performed two back-to-back rate hikes, bringing its interest rate to 0.5%. The current inflation rate however, is around 5.1%, more than double than the BOE’s goal of 2% and expected to rise even higher, increasing the probability of additional rate hikes in the coming months.

The uncertain political climate in the UK is putting pressure on the pound though, as British PM Boris Johnson’s position is still precarious. This week, the results of the Metropolitan Police investigation into the ‘party gate’ scandal are due, and a damning report might signal the end of Johnson’s premiership. Meanwhile, Boris Johnson is starting a tour over Europe to launch a series of diplomatic talks with allies to ‘bring Russia back from the brink’ of an attack against Ukraine. His detractors though claim that he is trying to deflect attention from the party gate scandal and is leaving behind him accusations of wrongdoing and weak leadership.

The sterling was supported by the UK jobs data on Tuesday, as well as by reports of a possible de-escalation of the crisis in Ukraine. The GBP/USD rate remained mostly steady, trading around 1.352. If the GBP/USD rate goes up again, there may be resistance at the 1.375 level, while if it declines, support may be found at 1.332 and further down at 1.317.

The Yen fell on Tuesday, as reports of Russian troops withdrawing from the Ukrainian borders raised hopes of de-escalation of the crisis between the two countries. The Yen is considered to be a safe-haven currency and falls when risk appetite grows.

The Yen dropped against the dollar on Tuesday, with the USD/JPY rate climbing above its 115.6 resistance, up to the 115.9 level. USD/JPY fell again to 115.5 later in the day and is currently testing the 115.6 level resistance. If the USD/JPY pair climbs further, it may find resistance at the 116 level, while if it declines, support might be found at 114.8 and further down at 113.48.

The Yen remains at its lowest levels in decades, creating problems for households, as imported goods, especially food and energy, are becoming increasingly expensive for Japanese households.  Low inflation rates in Japan and a weakening economy are steering the BOJ towards maintaining its ultra-accommodating monetary policy. The BOJ’s dovish monetary policy is creating a gap in interest rates with other major Central Banks, especially with the Fed and the BOE. As a result, the Yen becomes less appealing to investors, pushing its value down.